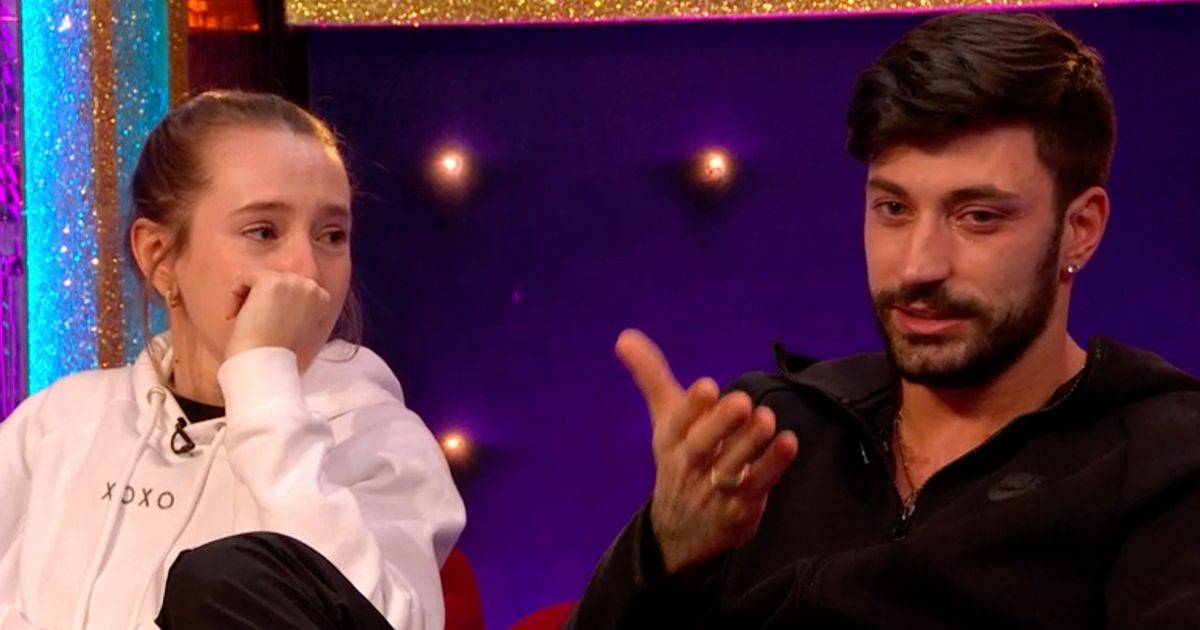 Strictly: Giovanni says Rose is ‘most beautiful thing’ to happen to him

Strictly Come Dancing’sGiovanni Pernice teared up as he said Rose Ayling-Ellis was the “most beautiful thing” that happened to him.

The duo are taking on John Whaite and Johannes Radebe in the BBC One show final tomorrow night – after AJ Odudu was forced to exit the show after sustaining a devastating ankle injury.

And Giovanni got emotional as he discussed their close bond on Strictly: It Takes Two tonight, as they reflected on their entire Strictly journey, which has seen them impress viewers with their beautiful dances.

Giovanni cried as he said: “I think personally Rose deserves the most beautiful things in the world as the family said. She has realised she can do everything she wants. We’re going to go there tomorrow night and enjoy everything.

“I think we’ve made a big impact. You are the most beautiful thing that’s ever happened in my entire life so I’m very grateful. I’m very privileged to be the one to be able to do this journey with you so thank you.”

He then sweetly moved his hand to her head, affectionally rubbing his thumb against her hair as she reached back and rubbed his arm. She leant over to give him a hug as they both cried and he planted a kiss on her cheek.

Rose was in tears herself

Rose wants to win the show to show people that being different is good and can lead to success.

“I feel like it would be a really nice ending to all the hard work we have both put in and all the hard work for me to get here in the first place. It’s nice to show everyone that being different is what can make you win,” she added.

Giovanni previously opened up about his friendship with Rose.

“Sometimes I watch it back and I completely forget that she’s deaf because the way she dances, it’s like a professional. So I’m a very, very proud teacher, but more than anything, I’m happy that I discovered a fantastic friend for life, for sure.”