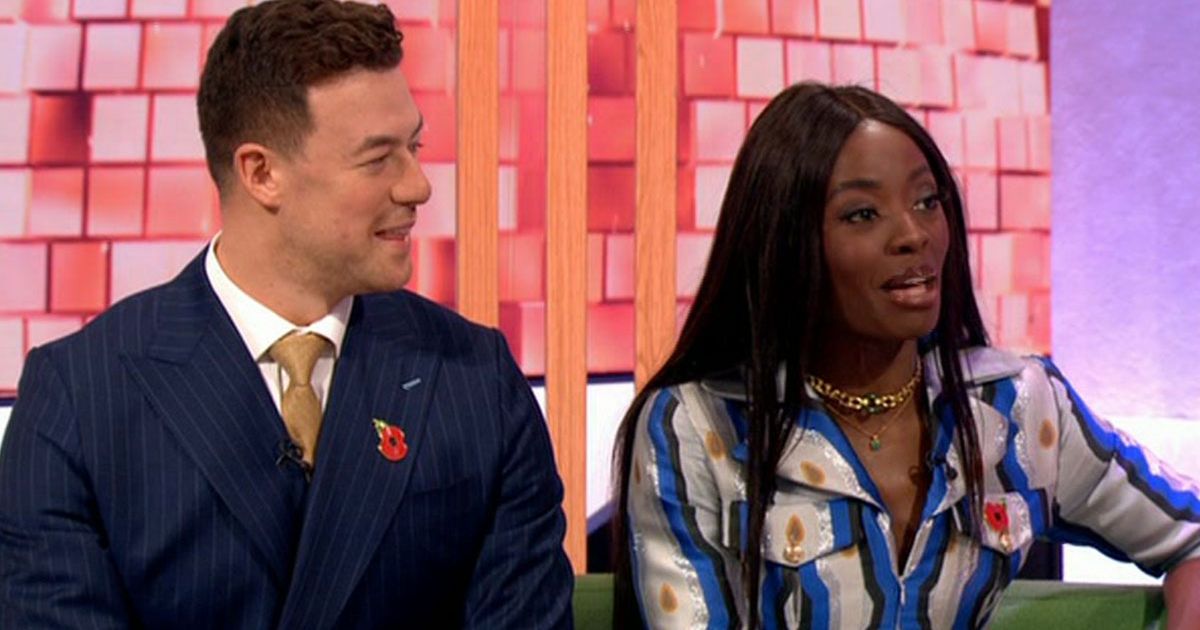 Strictly: Aj Odudu says “nothing will ever top” meeting Kai

AJ met Kai for the first time in September, ahead of the show’s launch, as they learned they had been paired up.

They’ve become one of the strongest pairings on this year’s series, and their performances have got better and better each week.

Topping the leaderboard each week and impressing the judges, the pair are one of the favourites to win the series.

As the pair have grown closer, with AJ often praising her dance partner, they’ve been put on the spot a number of times over speculation they are dating.

While both AJ and Kai have been seen to downplay the rumours, they’ve also sparked the rumours with their steamy routines and talks of kissing.

Now, AJ has shared that “nothing can top” the moment she met Kai for the first time, and their Strictly journey together began.

Speaking on The One Show on Friday evening, ahead of their next performance, AJ revealed the highlight of her time on the show ahead of next month’s final.

AJ said, when asked for her Strictly highlight: “Oh my gosh, all of it. But I think nothing will ever top meeting Kai for the first time, us just getting on like a house on fire.

“And coming out on the Strictly ballroom, doing the Jive and I was so shocked with everyone’s positive comments, like there’s no feeling like it. It was amazing.”

AJ and Kai are set to take on a powerful Paso Doble this weekend, and she recently praised the pro dancer after revealing he had given her the confidence to perform.

Speaking on It Takes Two on Wednesday, the pair discussed the big moves including lifts that they have been pulling off each week, and they also discussed criticism from the judges.

Host Janette Manrara applauded AJ for her incredible lifts, calling her amazing, before repeating that AJ has said how Kai brings out the confidence in her.

She also talked of AJ’s lack of belief in herself, and said that Kai was the reason she is able to do the lifts – before she asked Kai about his “trust in AJ’s ability”.

Kai responded: “I do trust in her ability and I always just before we go on, we have a little 10 minute warm up. I try to get in her head. I give her like a little half-time team talk like a football manager, like my dad would.

Host Janette said this was a testament to how good they are together as a team on and off the dancefloor, before jokingly giving them 11 marks, after judge Shirley Ballas wished she could have given them more than 10.

AJ praised Kai for giving her the confidence to perform
(

“So I give her a team talk like, ‘this is your moment and you must take it with both hands,’ and then she delivers!”

AJ then thanked Janette for the marks, before praising Kai for giving her the confidence to perform – and for trusting her.

She said: “Thank you, thank you, and honestly thank you for putting your trust in me, we had to be bold and brave to do that dance routine.”

The One Show airs weeknights at 7pm on BBC One.