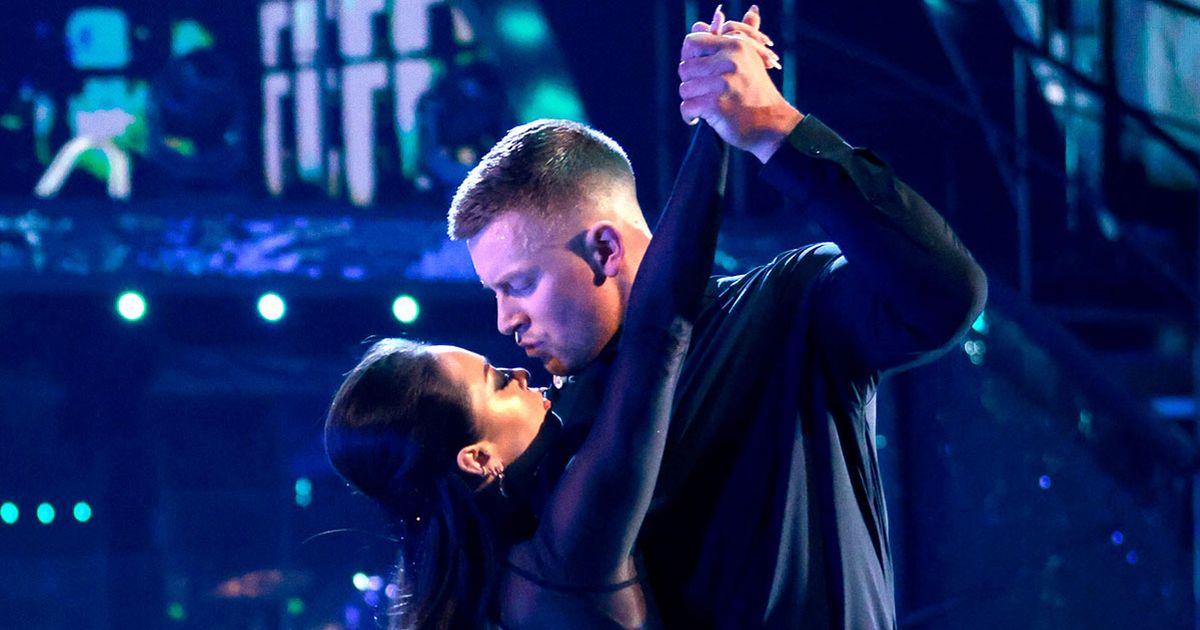 The Olympian says viewers have got “carried away” with the idea of a romance following their steamy tango in which they posed nearly lip to lip at the end.

It comes after Adam’s partner Eiri Munro, with whom he has a son, joked about “watching your boyfriend almost kiss another woman on live TV”.

“The judges kept saying we’re not connecting the emotion to the dance,” explains Katya, who says the choreographers urged the pair to “keep the intensity throughout the entire dance and at the end”.

“So we made them proud,” the Russian dancer laughed.

“It’s being believable, isn’t it?” says Adam. “You don’t want to do a dance like that and not do it justice because you haven’t switched on at the end.

“That’s what I think some people get carried away with. But, hey ho, that’s life, isn’t it?”

Adam said on Sunday he would not be “lowered or overcome by gossip” after viewers poured over their routine.

Adam and Katya just say they were acting

The pair, whose high marks placed them near the top of the table after a low-scoring previous week, dance a samba on BBC1 this week.

Adam recently issued a scathing remark to his Twitter followers and trolls, telling them there were “consequences” to their comments.

Taking to social media to refute any rumours, he wrote: “Thank you to everyone who has sent supporting messages! I loved it.”

“To everyone who wants to see what they want, your comments have real life consequences. I will not be overcome or lowered by your gossip. Protect your energy.”

He also revealed swimming training is quite “tedious” and admits that he’d prefer a dance rehearsal any day, explaining how if he gets the right song” a dance rehearsal can be the “most amazing 10 hours” for him.

Speaking to Hello! magazine, he said: “Swimming is very tedious to train for but with dancing, if you get the right song, it can be the most amazing 10 hours you’ve ever spent. I love music.

“I’ve learnt so much about my body and my mental state from dancing. It’s so energetic and positive.”