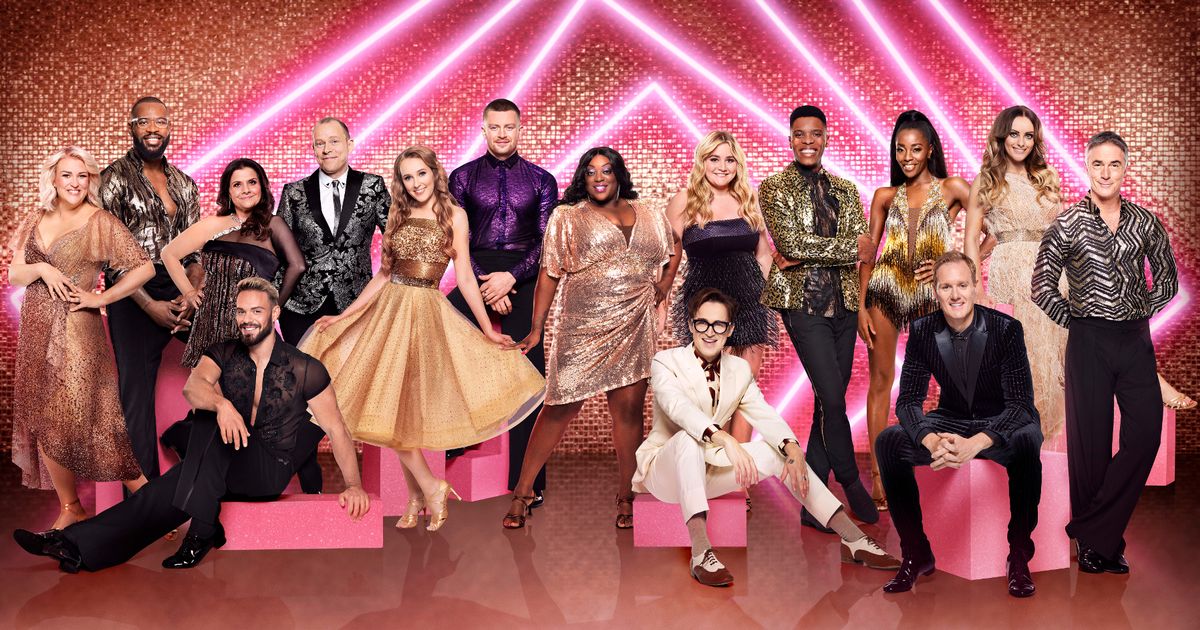 With just two couples left in the Strictly Come Dancing final, body language expert Judi James picks out the secret gestures that show one pairing is in the lead for the Glitterball trophy

Strictly finalists get ready ahead of Saturday’s show

Strictly Come Dancing fans are going to be suffering a unique psychological dilemma when it comes to voting for their winner on Saturday night – especially now AJ Odudu and Kai Widdrington have pulled out over her leg injury.

Both remaining couples are capable of technical perfection, meaning their charisma and chemistry will be more influential than ever before in the history of Strictly when it comes to deciding the win. Which is where the problems start for the fans.

Strictly voting, like political voting, is strongly based on the ‘Science of Sensation’, meaning it’s the way the couples make us feel when we watch them and how we will feel if they win that counts. And this year each of these couples trigger a very different sensation in our brains and our hearts, meaning the ideal result for the viewer’s happiness and well-being would be a three-way split, with six pairs of hands clutching that Glitterball.

The winner is likely to be the one who most encompasses all three emotional highs or ‘hits’ for us. Who can produce the most amount of endorphins to get us out of our seats cheering? With that science in mind, I’d place them in this order…

This couple have more than deserved our cheers as they break new ground in Strictly and inspire a generation of young men. Their dances have been magical too, and over the last couple of weeks John and Johannes appear to have tuned into one another and into the the support and love from the viewers, too. That confidence boost has seen them inject what is known as the ‘Strictly Sizzle’ into their routines, i.e., more signals of romance and sensuality.

Their body language is more than one-dimensional. They have become synchronised in a way that suggests their bonds of friendship have grown – even their breathing and panting was synchronised last weekend – and their tactile displays have increased to look more spontaneous.

John might look incredibly confident in front of the cameras, but it’s those moments when his expression changes and the social smile slips and we get to see a more vulnerable side that adds another touch of magic to their charisma as a couple.

(What would have been) Second place: AJ Odudu and Kai Widdrington

Prompting feelings of excitement and sensuality

Before their dramatic pulling-out 24 hous before the final, this was the couple producing the classic Strictly charismatic formula, with all the boxes ticked to satisfy the purists. They’ve supplied the ‘are-they-aren’t-they’ tease of an off-screen romance and the wonderful AJ is all about the tears and the ‘friends for life’ adoration of Kai when they chat to Claudia. Her outfits have been the most memorable, with no holding back on the floating feathers and glittering chiffon that is the stuff of dreams for Strictly fans.

Their dance routines were the ones that produced the maximum amount of static electricity, too. Energetic, sexual and sensual they aroused a similar response in the viewer who would have be out of their seat cheering before having to lie down with a cold compress afterwards.

Prompting feelings of happiness and joy

This couple have brought something unique to a show that is traditionally all about the tradition, cheese and the glamour. Watching the funny, feisty Rose’s conversion to a calm, serene elegance on the dance floor each week (plus her technical perfection) has been as much of a joy as watching Giovanni’s metamorphosis from Strictly’s seducer to a man who giggles with joy and falls to his knees crying when he’s not gazing at Rose with the expression of a besotted and proud father.

This couple might not burn up the floor with any over-acted ‘sizzle’ but their jaw-dropping, water-cooler moments like Rose’s ‘leap of faith’ and their dance in silence tend to be even more powerful for that reason.

It almost goes without saying that Rose is also ground-breaking and inspiring a younger generation, but her hilarious banter with Gio and her cheek and lack of cheese has also provided a new and fresh element this year.

Watching their body language together on and off the dance floor has created the perfect pre-Xmas rom-com, and even though we know they’re not a real romantic couple, those cuddles, hugs and his prolonged head-kisses provide enough of the ‘ah’ factor to provide a warm, fuzzy glow in the viewer.

Do you agree with Judi’s choices? Have your say in the comments below

*Strictly Come Dancing: The Final airs Saturday 18 December at 7pm on BBC One