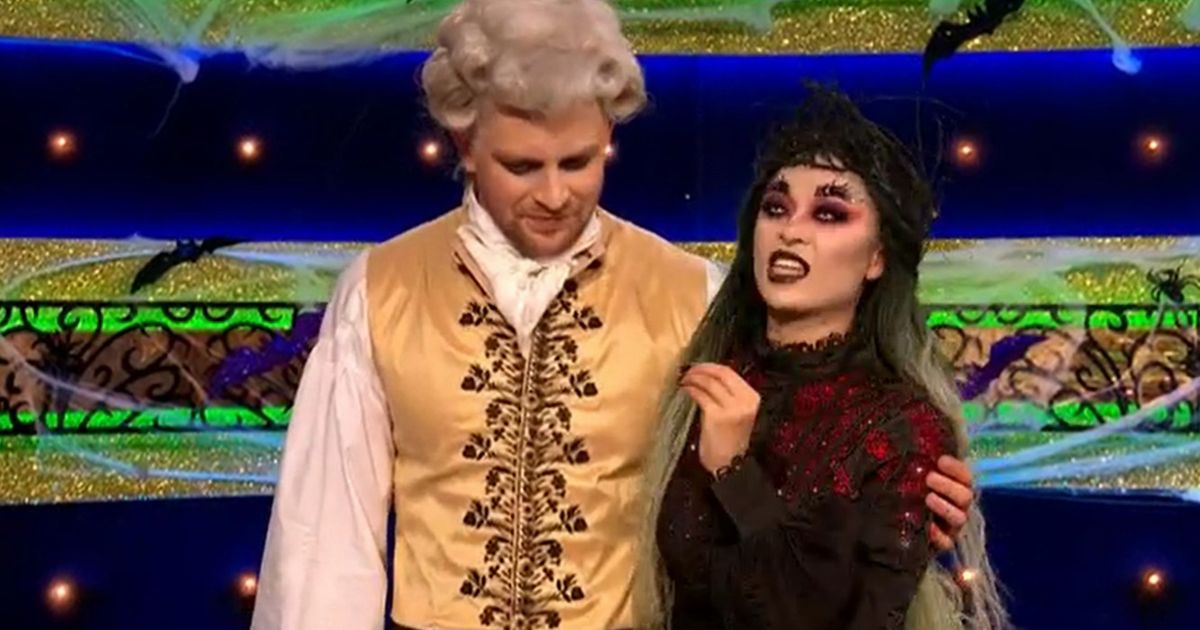 Strictly Come Dancing pro Katya Jones revealed how proud she was to have danced with Adam Peaty on Saturday night, but viewers thought it sounded like a pre-exit speech

Some Strictly Come Dancing viewers admitted they were “worried” after a “weird” speech from Katya Jones on the show on Saturday night.

As they received some negative feedback from the judges, including from Craig Revel Horwood, Katya appeared deflated after their haunting Halloween routine.

Speaking after the performance, she heaped praise on Adam but viewers couldn’t help feel concerned after they noticed it sounded like she was saying “goodbye” to her celebrity dance partner.

While some guessed she may just be frustrated after all the effort she and Adam have put into their routines, others were confused as to why it sounded like Katya was “saying goodbye”.

Katya did hit back at Craig’s commentary when the scores came in, with her heard repeating “whatever” when he gave his mark.

Craig had said: “I think it was a bit laboured, it was too low into the knees. And as Shirley said, your bottom was sticking out.”

After, Katya told host Claudia Winkleman: “It’s really tough to start with, but the moment something clicks for Adam, it stays.

As they received some negative feedback from the judges, with Craig Revel Horwood not holding back, Katya appeared deflated

“It’s torture to get to that click moment but we always do get there.”

Directing her words at Adam, she added while sounding a little deflated: “I just want to say to you – I think you’ve improved immensely, you’ve done amazing and it was a pleasure to dance with you, honestly. He really has done so so well, I’m so proud of you.”

Viewers picked up on her words and how she said them, and couldn’t help worry there was more to it.

Taking to Twitter, many began to ask why Katya sounded like she was “saying goodbye” to Adam, hoping the pair would stay with the show.

One viewer wrote: “Why is Katya’s speech sounding like a dance off goodbye speech? I am worried for them.”

Another fan agreed: “Why was Katya’s speech to Adam feeling like a goodbye speech…”

A third viewer backed this, saying: “That sounded like Katya was saying her goodbye speech then?”

Meanwhile, a fourth fan said: “That was weird from Katya,” as a fifth commented: “Katya sounded like she was doing a ‘goodbye’ speech just then.”

Some felt there was nothing to worry about though, with one viewer tweeting: “I think she is just frustrated that the judges & public focus a lot on Adam’s body & don’t appreciate how much training he is doing, & worried they wouldn’t get votes after their critique (guessing).”

Strictly Come Dancing airs Saturdays with the results show on Sundays on BBC One.