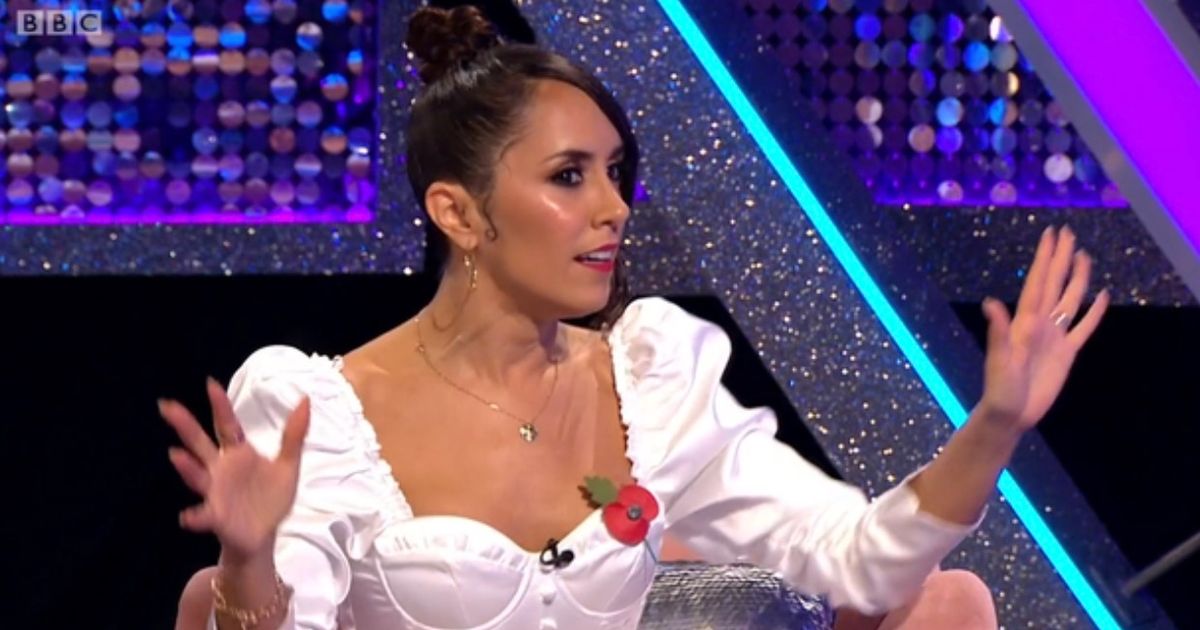 Strictly: Judi Love shares video of her and Graziano dancing

Janette got Twitter fans talking when she made an awkward comment to the actress, when discussing her upcoming routine on Saturday night.

The presenter asked deaf contestant Rose her opinion on the music choice for the dance.

She said: “You’re dancing to this banging tune [music plays]… When you hear that music, how does it make you feel?”

However her dance partner Giovanni chimed in: “She’s thinking about Twiggy,” as the dancing duo were shown a video message from the style icon a few minutes before.

But viewers of the show spotted the awkward moment and took to Twitter to share their thoughts.

One person wrote: “Did Janette just ask Rose how she feels when she ‘hears’ that music?”

A second asked: “Watching #ItTakesTwo erm, Janette, Rose can’t hear the song so why ask her how she feels when she hears it?! #ffs”

“Controversial, but I watch #ittakestwo to see what the pros and their partners are doing. Not to see Janette make it all about her. Also can’t believe she asked a deaf person how she feels when she hears the music!!!” a third commented.

Later in the show, Rose talked about about how being deaf affected her dance rehearsals for the Latin dance last weekend.

“It was really really fun to play that side of me because I’ve never really done ‘catwalk’ or anything like that so it’s the first time and I really enjoyed it,” she explained.

“I was a little bit nervous but then I snapped out of it quickly.”

“We struggled a lot with the timing but in the end we managed a routine that was super for Rose and even the beginning, starting solo, it’s hard to do it on your own when you can hear, can you imagine what it’s like when you can’t really hear the music but we managed to do it, so well done to you, well done,” he told Rose.

Rose added: “It went much better than I thought it would.”