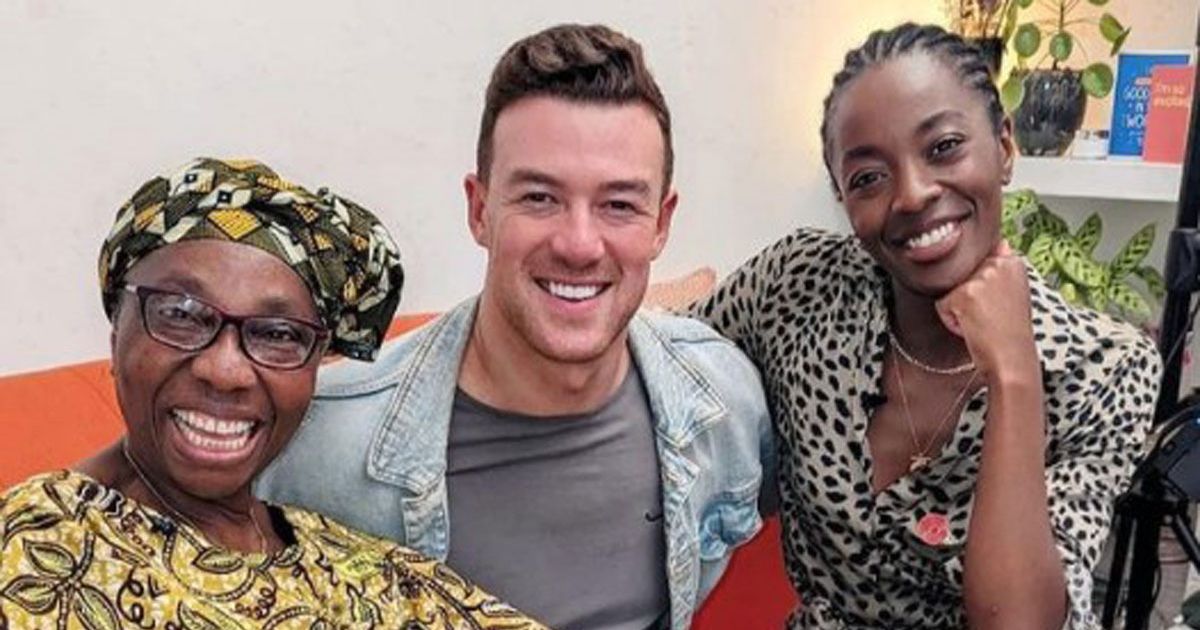 On Sunday, the 33-year-old TV presenter shared a snap of her and her professional dance partner Kai Widdrington watching the BBC show at her mother’s house.

Kai, 26, is grinning from ear-to-ear as he sits between the two ladies on a bright orange sofa.

AJ looks totally at ease as she places an arm around her rumoured love interest and smiles for the camera.

But it’s AJ’s mum Florence who looks the happiest as she flashes a huge grin while resting an arm comfortably on Kai’s leg.

AJ captioned the adorable photo: “Kai got the VIP invite round to mine for shop bought pizza & a glass of fizz to watch @bbcstrictly with me & me mum.”

Another commented: “This is EVERYTHING,” while a third added: “Gorgeous picture of you all @ajodudu.”

Someone else hinted at the rumours of AJ and Kai being more than just dance partners and wrote: “Mom is so happy to meet her son- in- law to be.”

AJ’s cute photo comes after she recently said nothing will beat meeting Kai on the BBC series.

During an appearance on The One Show on Friday, AJ was asked for her Strictly highlight, to which she replied: “Oh my gosh, all of it. But I think nothing will ever top meeting Kai for the first time, us just getting on like a house on fire.

“And coming out on the Strictly ballroom, doing the Jive and I was so shocked with everyone’s positive comments, like there’s no feeling like it. It was amazing,” she added.

Last month it was reported that sources close to the couple on the set of Strictly teased that the pair have gone official with a romance after falling for each other during their training sessions.

The source told the Mail on Sunday: “Kai thinks AJ is sexy.

“They have this lovely romance going on, things have definitely changed in the last week or so and they are inseparable, not just as dance partners but away from that, too.

“It’s nice to see a Strictly romance where there is no curse, just two people who have fallen head over heels for each other.

“Those involved in the show have been watching this closely over the weeks and have thought this was always on the cards. It’s lovely.”