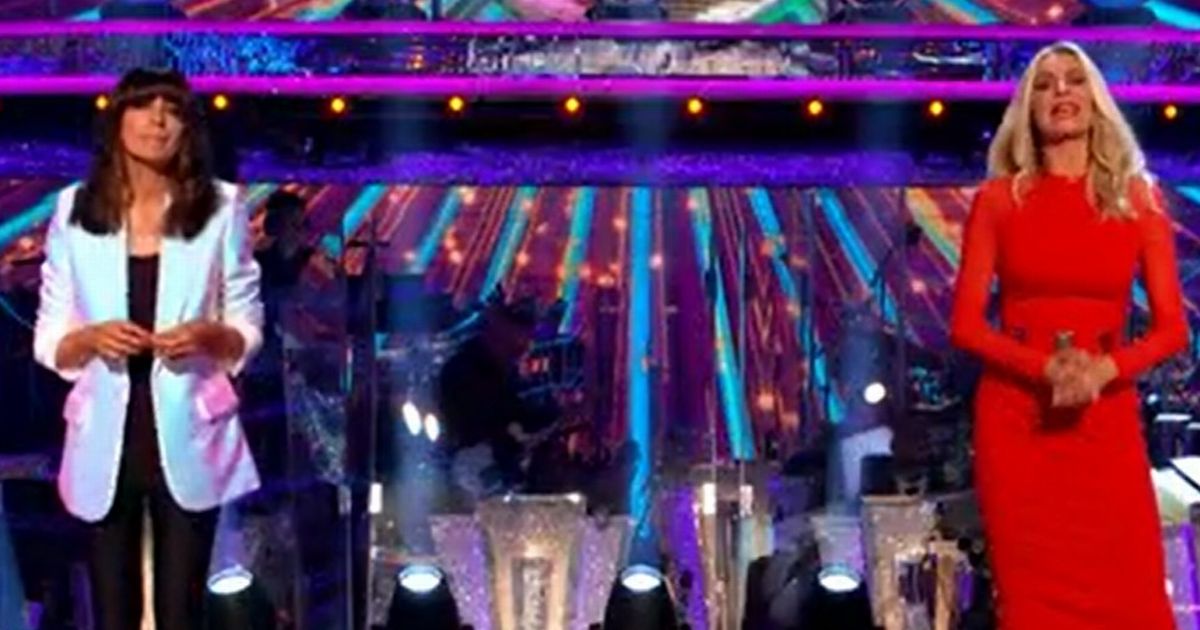 Strictly Come Dancing fans have been left confused after spotting “something different” in the BBC show.

Fans tuned in on Saturday night to see the remaining stars – including Rose Ayling-Ellis and Giovanni Pernice and John Whaite and Johannes Radebe – dance to secure a place in next week’s quarter final.

John and Johannes ended up at the top of the leaderboard with a near perfect 39 out of 40, whilst AJ Odudu and Kai Widdrington received high praise for their Couples’ Choice routine.

But viewers were left more confused by something very different on the show compared to normal.

Puzzled, fans took to Twitter to question the change and asked if anyone else had noticed it too.

Tess Daly stunned in a red dress as she opened the show alongside Claudia, who brought the sparkle in shiny blazer

One viewer wrote: “Why does the Strictly tune sound different as they’re introducing the celebs? MAKE IT SOUND NORMAL #strictly.”

“Eh what’s with the music? This is a new arrangement… #Strictly,” another fan questioned, whilst a third added: “The music when ‘our strictly stars’ came in was very different tonight?”

A fourth added: “Anyone else noticing a new remix to the celeb intro music?”

Rose and Giovanni impressed with their Paso Doble

During yesterday’s show, Rose and Giovanni were highly praised for their “passionate” Paso Doble.

One fan wrote online: “Can Rose and Gio do no wrong? Such a passionate paso! #strictly.”

“Rose and Gio are phenomenal. When I didn’t think they could surprise me any more …. the fumble at the end was a shame but shouldn’t matter, the whole dance to that point was outstanding #strictly,” another added.

John and Johannes wowed with a traditional Argentine Tango

“It was fantastic seeing the tango done in its original form, it was first danced by two men, I absolutely loved it,” Craig said.

And John admitted he felt like he had been “reborn” after the high praise from the judges.

He shared: “I know I had a bit of lull last week, I was struggling to find myself. I thought I have to perform up and we just found me again, we found us again this week. I feel like I’ve been reborn, darling.”