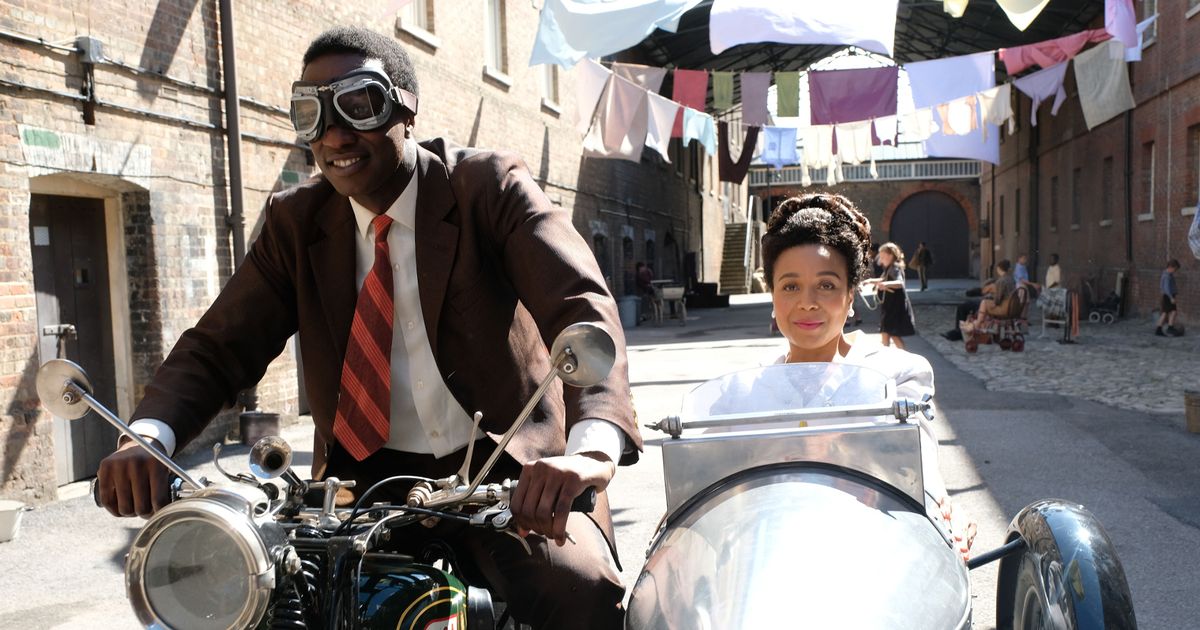 Call The Midwife’s Christmas special will see bride-to-be Lucille suffer a facial injury, fearing her big day will be left ruined, but a 19th century art of leech therapy helps to get things going again

Cyril and Lucille in Call The Midwife (

Call the Midwife’s Christmas special centres on a big wedding which is saved by leeches.

Bride-to-be Lucille, played by Leonie Elliott, suffers a facial injury and fears her big day could be ruined.

But Dr Turner (Stephen McGann) comes to the rescue with the 19th century art of leech therapy to suck the wound clean and aid healing.

Actor McGann said filming with the worms, used regularly by Victorian doctors but not so much in 1967, was incredibly tricky.

He joked: “They got more care taken of them than the actors.

“They come in a little jar. They’d say ’bring on the leeches’ and the leech wrangler comes in with tweezers.”

McGann said if the leeches had touched his co-star’s skin, they would have latched on and started sucking.

The 90-minute Christmas Day special will air on BBC1
(

He added: “It could’ve gone incredibly wrong – but it was very funny.”

He added: “It was a logistical feat. We couldn’t even kiss because of the Perspex that we had to use.”

Fred Buckle and Reggie Jackson in Call the Midwife
(

Helen George (nurse Trixie) said: “I think people always expect the light and shade in Call The Midwife. Especially in the Christmas special.”

Earlier this month, we revealed that Call the Midwife was “saved” by a £1million relocation, allowing filming to continue at its Surrey studios.

The future of the BBC1 drama was thrown into doubt after Netflix bought half the space at Longcross Studios, the show’s home for most of the past decade.

The streaming giant asked Neal Street Productions, which makes the BBC1 hit starring Helen George and Leonie Elliott, to vacate after they had finished shooting series 11, out from January.

Jaquetta Percival and Dr Turner starring in the drama series
(

Now BBC bosses need to move all the warehouses containing the sets from the Netflix side to the BBC side, which contains the mansion that doubles as Nonnatus House in the show.

An insider said: “It will cost at least £1million. It’s been a huge headache and there was a time when we wondered if we could even continue.

“But the good news is, we’ve found a solution and we will be back filming at Longcross next summer.”

A spokeswoman for the show added: “We’re happy to confirm that Call the Midwife will continue to film on the Barrowhills site at Longcross studios.”