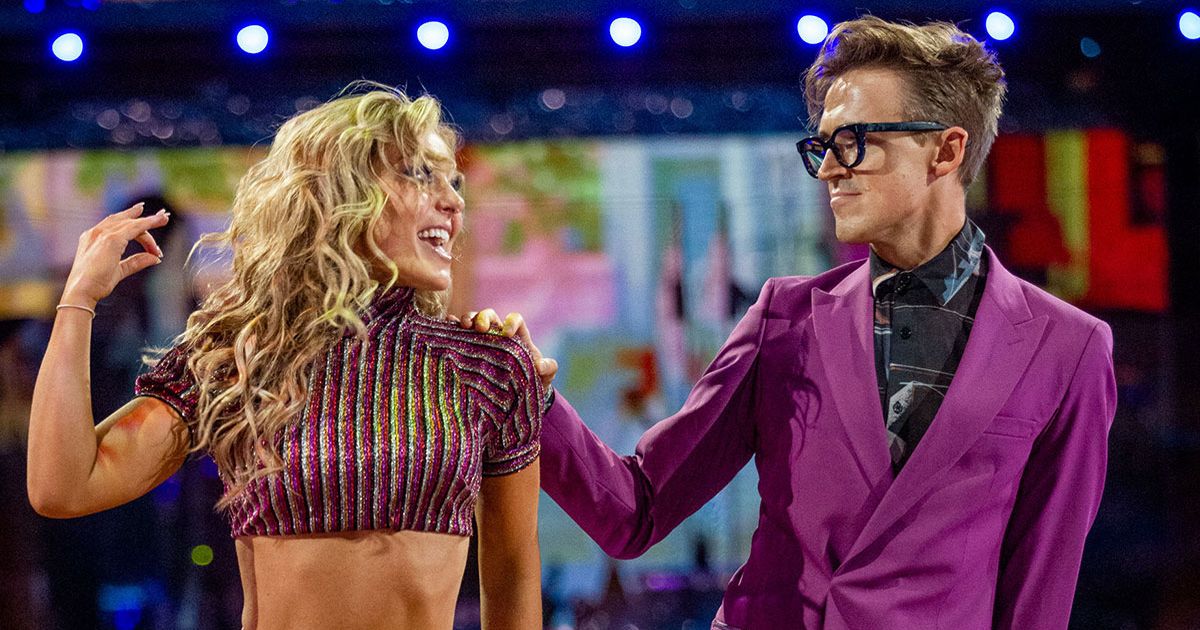 Following the news that Tom Fletcher and Amy Dowden have tested positive for Covid, Strictly Come Dancing bosses may eliminate couples who get the virus after the quarter finals

Tom Fletcher pulls out of remaining McFly tour due to covid

Strictly Come Dancing bosses could end up facing an agonising decision over whether or not to axe couples who test positive for Covid.

In the wake of McFly’s Tom Fletcher and his partner Amy Dowden revealing they have the virus, anyone testing positive must leave the BBC show for a week.

However, if any couple catches Covid after the quarter finals they would be automatically forced to miss the semis, which could leave bosses with a difficult decision.

A Strictly source told The Sun : “No matter what course of action they take, it is likely to be viewed as unfair.

“There are contingency plans in place for many eventualities and the show is prepared to adapt.

“But it’s a potential nightmare.”

Tom McFly and Amy Dowden have both tested positive for Covid
(

Just days before Strictly’s debut show of the new series, an unnamed professional tested positive and had to isolate for 10 days.

And in news which no-one wanted to hear, but was perhaps inevitable, it was revealed the first Strictly couple had caught the virus.

Strictly It Takes Two presenter Rylan Clark-Neal has confirmed that “all being well”, Tom and Amy will be able to return to the show following their unfortunate news.

Tom was forced to miss a McFly show on Sunday due to feeling unwell, while the band later confirmed he had tested positive for coronavirus.

His professional dance partner Amy also tested positive, just a day after the pair took to the floor for the first time during the first live show of the series.

They will now miss the second week of the show, and the first public vote-off.

They are unable to train together due to separate self-isolation, but are hoping to be back for week three.

Rylan sent his best wishes to the pair as they remain in isolation, ahead of next Saturday’s show.

Speaking to viewers, he confirmed: “Now, unfortunately you may have heard that Tom Fletcher and Amy Dowden have tested positive for Covid-19.

“Now, the pair are self-isolating separately, and they are also following the latest government guidelines.”

Tom and Amy will no doubt be keen to return to the show after scoring a not too shabby 21 points for their Cha Cha on Saturday.

Tom posted a message to the 31-year-old saying: “Rest up partner. We’ve got to pull something special out of the bag for week 3.”

Amy said: “I have no doubt that over the next 10 days my mind will be going crazy with choreography ideas ready to get back on the strictly dance floor for the live show in week 3!

“Thank you for all of the support and good luck to all of the couples this week. I will be cheering you all on!”

Strictly Come Dancing returns to BBC One on Saturday at 6.45pm