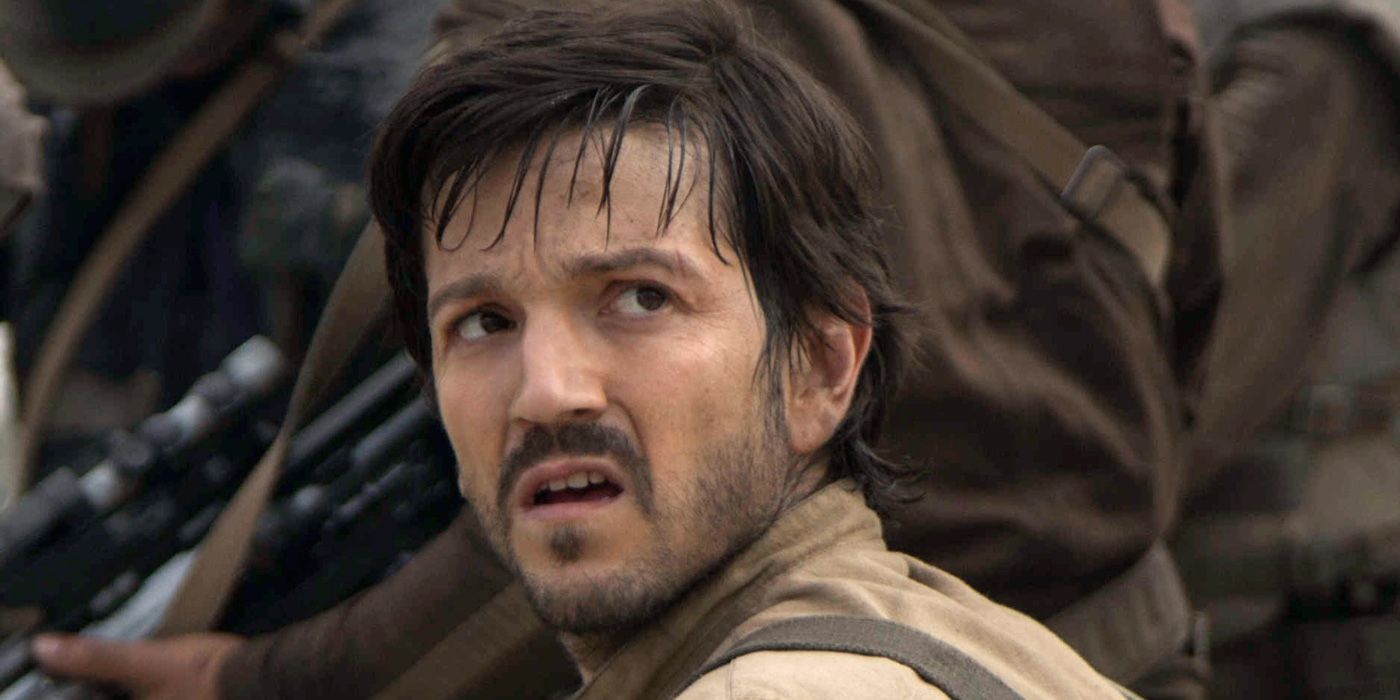 Diego Luna is preparing to film his Rogue One spin-off series about his character Cassian Andor. Disney first announced just a little over two years ago that Luna would return as Cassian in a new live-action solo series for Disney+. The series is set to serve as a prequel to 2016’s Rogue One, focusing on Cassian’s days fighting in the Rebellion. The series is one of a few Star Wars shows to come out of the streaming service, along with the massively successful The Mandalorian and the long-delayed Obi-Wan Kenobi series starring Ewan McGregor, which McGregor recently announced will start filming in the spring.

In Rogue One, Cassian is a rebel intelligence officer who, along with Jyn Erso (Felicity Jones), leads a team on a mission to steal the Death Star plans and deliver them to the rebellion. The mission is a success, but the whole team of rebels is killed in the film’s final battle. Fans were shocked by the tragic ending, so the news that Cassian was getting a solo spin-off series generated a lot of excitement. Along with Cassian, the series will see a return of the droid K-2SO (voiced by Alan Tudyk). The series was initially supposed to start filming in June of this year, but script rewrites pushed production back and the coronavirus pandemic only delayed filming further. While it was recently reported that the series was aiming to start production in October, Luna reveals that he is about to start shooting soon.

Twitter user POED4MERON shared a video of Luna announcing that he is preparing to start filming the Rogue One spin-off show. Luna appears to be filming from inside a gym as he tells fans in Spanish that he is in London to film the series. You can watch the video below:

The tweet was met with excitement from fans, who clearly have been eager for the series to start production. Other cast members have been announced this year, including Stellan Skarsgård, Kyle Soller, and 6 Underground‘s Adria Arjona in mystery roles. The series has gone through some production changes since pushing filming back, with Black Mirror‘s Toby Haynes replacing showrunner Tony Gilroy as the director of the first three episodes due to Gilroy not being able to travel to England for the shoot.

Luna finally getting ready to start filming is exciting news after months of delays. While details surrounding the series have been kept largely under wraps, it sounds like the Rogue One spin-off will have a darker, more mature vibe, with previous descriptions calling it a “spy thriller.” There’s no word yet on when the series is expected to hit Disney+, but fans are likely pleased to know the lead actor is on location.