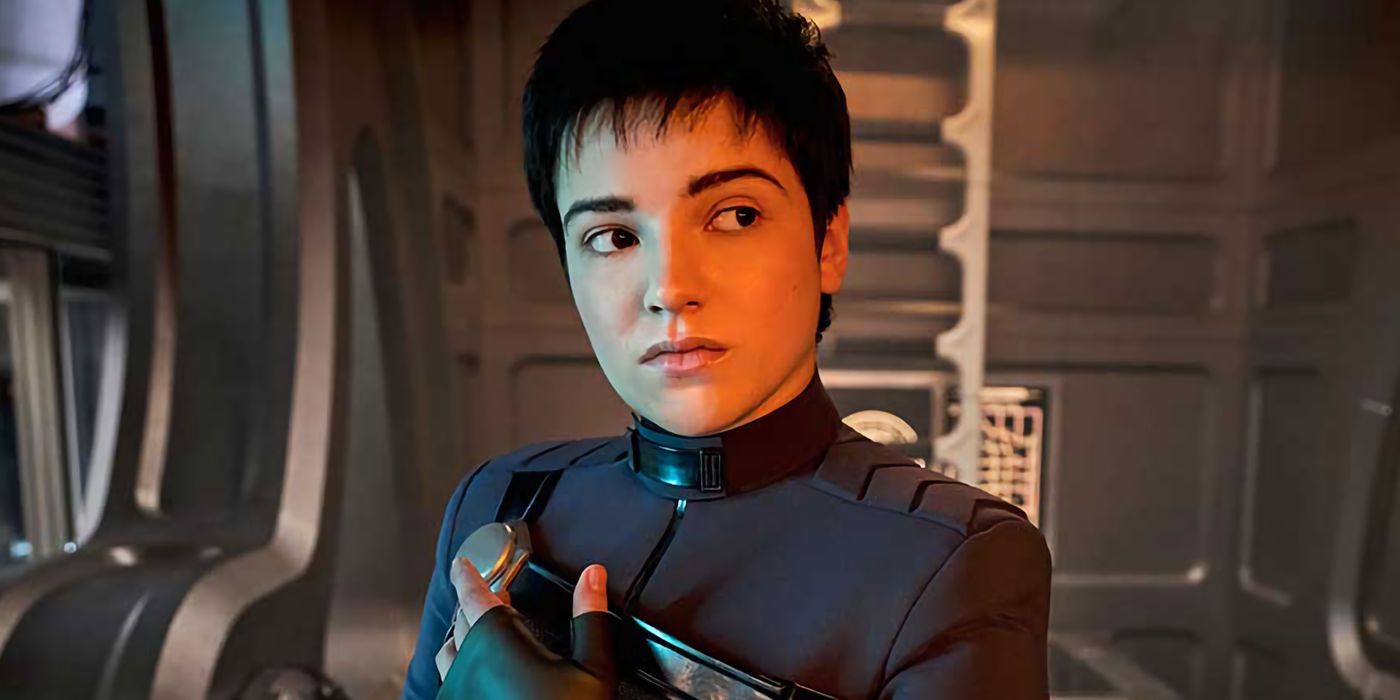 The United Earth Defense Force’s Captain Ndoye (Phumzile Sitole) told Burnham and Saru that Admiral Senna Tal died on a transport two years prior, which would mean it happened in 3187 when Adira was 14. Yet Adira claims that the Tal symbiont was somehow bonded to her, but it hasn’t been revealed why or how this is even possible. Further, because Adira is human, she can’t access the Tal symbiont’s memories the way a Trill host could, so she can’t answer the questions the crew of the Discovery needs to know about Admiral Tal and the information he possesses about the Burn, Starfleet, and the Federation.

Trills have been well-explored on Star Trek: Deep Space Nine; Lt. Commander Jadzia Dax (Terry Farrell) and her successor Lt. Ezri Dax (Nicole de Boer) have also introduced many of the previous hosts of the Dax symbiont like Curzon Dax (Frank Owen Smith), who was the Ambassador to the Klingon Empire and mentor of Captain Benjamin Sisko (Avery Brooks). In fact, Ezri wasn’t supposed to be the host of the Dax symbiont but an accident aboard a starship required her to bond with the symbiont or else Dax would have died. It’s possible, then, that the same thing happened to Adira if she was on the same transport as Admiral Tal and an accident occurred that necessitated the Tal symbiont bonding to her.

It’s still baffling how the human Adira could be the host of a Trill symbiont; however, Star Trek: Discovery season 3 is set over 800 years after Star Trek: Deep Space Nine so some things could have biologically changed between both the human and Trill races for this miracle to take place. But it was also announced that another new character, Grey, would be joining the series. Grey is a Trill played by Ian Alexander, who is Star Trek’s first transgender actor. Adira and Grey are supposed to have a close relationship so the answers to Adira’s mystery must be tied to Grey and will be revealed later on in Star Trek: Discovery season 3.