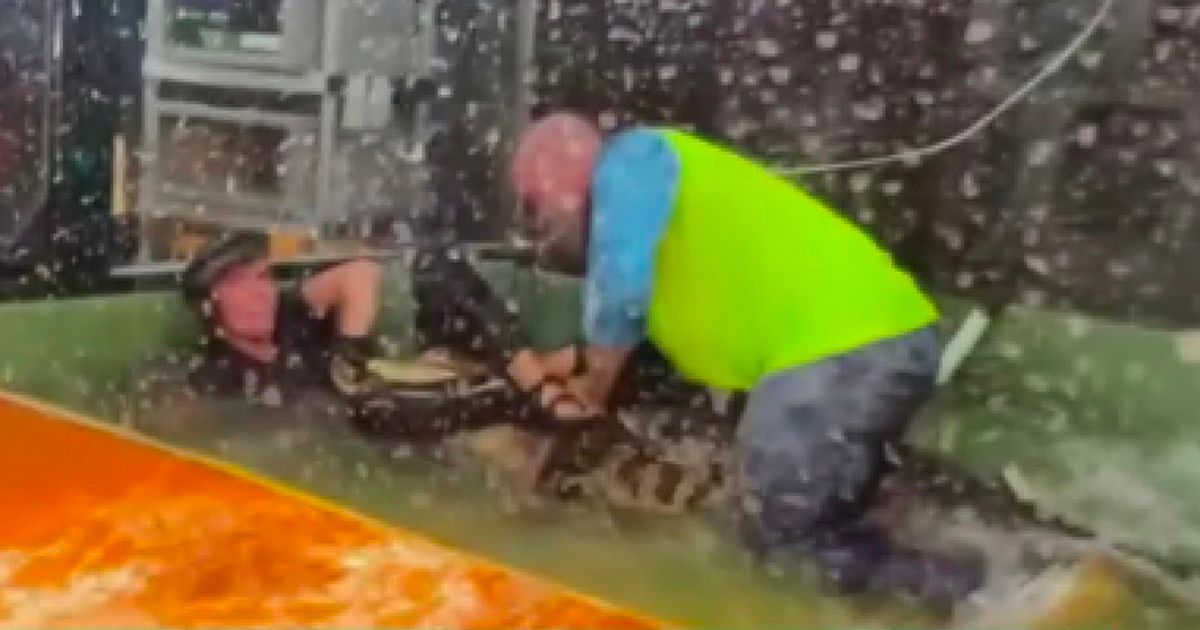 Ruth Langsford was left gobsmacked on Wednesday’s This Morning as she watched a video of a man saving a zookeeper from an alligator attack.

At the start of the ITV show, Ruth and Eamonn spoke about the incredible moment that fearless zoo visitor Donnie Wiseman jumped to the rescue.

Lindsay Bull, a 31-year-old handler, was rushed to hospital after the creature suddenly turned during feeding at the Scales and Tails experience.

It bit her hand and pulled her into the water at the reptile show in West Valley City, US.

Donnie was brave enough to run over and intervene, and managed to get on top of the animal and save Lindsay – while his wife Theresa filmed the entire ordeal.