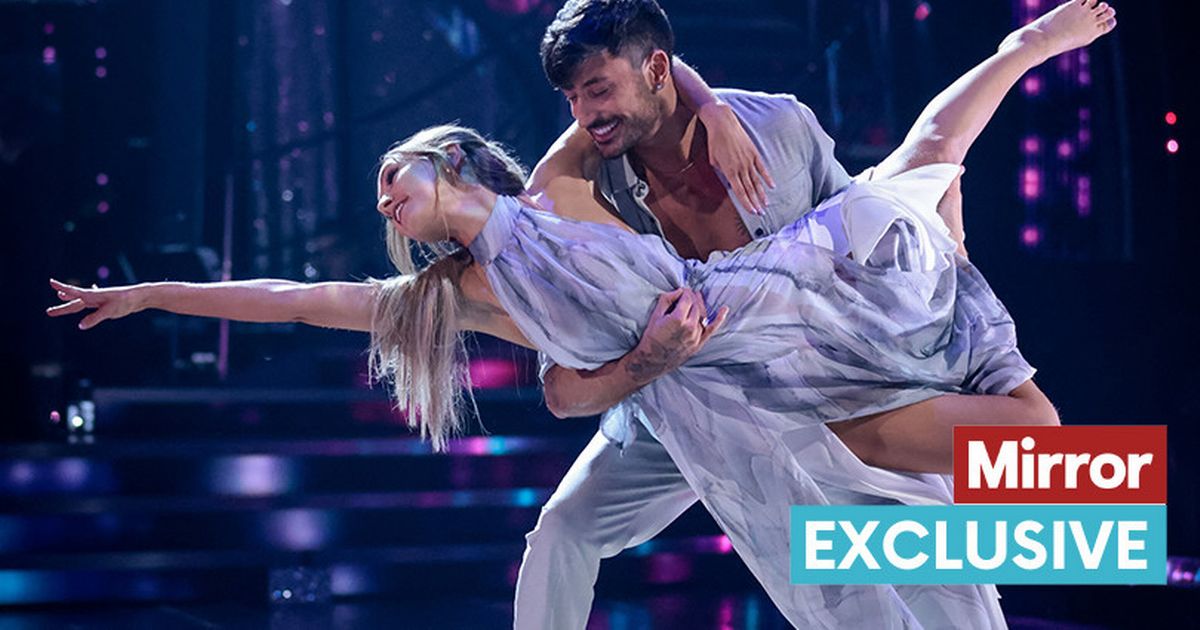 This time last year she was just another actress passing through Albert Square – an EastEnders star on the periphery of fame.

Today, Rose Ayling-Ellis has not just waltzed her way to being a household name, but she’s making history as the first deaf contestant in the Strictly Come Dancing final.

It’s a story that’s been hailed as everything from “remarkable” and “inspirational” to “awe-inspiring”.

But for those that have known feisty Rose the longest, there was never a single doubt she was heading for the big time.

Indeed their little “firework” has never let anything stand in her way – and certainly not being part of the deaf community, a badge she has always worn with pride.

On Saturday, Rose, 27, and her partner Giovanni Pernice, 31, will face AJ Odudu and Kai Widdrington and John Whaite and Johannes Radebe in the final showdown.

And now, in a two-part series, friends, mentors and teachers reveal just how she got there – from her childhood by the seaside with single mum Donna to her big break on EastEnders.

One person who’s witnessed it all is family friend Margaret McLaughlan.

The 83-year-old has lived next door to the Aylings since Rose was a baby. She remembers Rose when she was just a smiley young schoolgirl who’d come calling for her granddaughter, eager to go out and play.

Rose is paired with Giovanni Pernice
(

Now that same smile beams at her from the magazine cover Margaret’s put in pride of place in the front room of her terrace house, in Hythe, Kent.

“I bought this copy especially and will make sure I keep it,” she says. “I’ve known her since she moved in with her mum next door when she was a baby. I remember her mum coming over to me all excited, saying she was glad that there was another little girl around here for her to play with. I had to tell her that it was only my granddaughter and that she was only visiting.

“They ended up as friends though and still are.”

Margaret used to wave each morning as Rose caught a taxi to school, always amazed by how polite she was.

“She has grown up to be a very confident young lady. And her mum is lovely,” says Margaret. “Rose is an adventurous young girl and she has never let being deaf hold her back at all. I used to watch her on Casualty. She didn’t have a big part but it was lovely to see her on the TV. Now I watch Strictly every week just to see Rose on it. I’ll be rooting for her to win.”

Rose’s story really began when her mum moved into the modest four-bed end-of-terrace home next door to Margaret, with her elder brother Jacob. The Ayling family had a long connection to the seaside town of Hythe; Donna and her mother Val were both Hythe born and bred.

Rose when she was younger

At first glance, it sounds both historic and idyllic; a pebble beach, two nearby castles, a deer field, an 11th Century church housing UK’s answer to the Paris catacombs and the once home of Rebecca novelist Daphne Du Maurier. However, a right-wing broadsheet also ranked it 18th in the list of Britain’s Top 20 Crap towns, calling it the “most spirit-crushingly tedious town in Kent…it makes nearby Folkestone look like Las Vegas.” Ouch.

It’s understood Donna had already split from Rose and Jacob’s father by the time she moved into Rose’s first home. Yet the eponymous Ellis-side of the family also has deep roots in Hythe. The town’s civic society has documents going back to the 1700s, showing the Hythe Ellises owning a series of the shops and pubs.

The siblings also still have contact with that side of the family – with Rose even doing a recent mountain hike in memory of her paternal grandpa Gerry.

But for the most part, it was Donna, who worked in the nearby veterinarian’s office, who was Rose’s daily rock.

The actress described the moment her mum – described as “lovely” and “kind” by Rose’s former teacher Emma Armitage – realised she was deaf as a toddler: “When she found out I was deaf, she felt so alone…”

Fortunately, despite challenges, the Aylings were a close family.

Pictures posted by Jacob online reveal he doted on his younger sister – with one showing the pair playing in the sand on a trip to the beach. In another picture, young Rose is ‘meditating’, as she jokes she was a “Hippie Child”, adding: “Finding my inner peace since forever”.

The camera, it seems, has always loved her.

The two have got far in the competition
(

While her gran had been educated at a nearby all-girls school, Rose started at Hythe’s Cheriton Primary, which boasted a specialist deaf unit. By the time Rose started secondary at The John Wallis Church of England Academy, she was already excelling academically and socially. In fact, she was so popular, she was voted deputy head girl.

It was while congratulating Rose on her emotional couple’s choice dance Symphony – an ode to deafness, partly danced in silence – that the school gave away their nickname for her: “Our little firework”.

Headteacher Damian McBeath, tells us: “Rose has won the hearts of the nation and is an inspiration to everyone, especially our pupils. We hope to see Rose dancing in the final!”

In a joint statement, Rose’s teachers add: “Rose was always a hard-working pupil who gave her absolute best in everything. Her work ethic was incredible and she was enthusiastic about her learning. Rose always had a smile on her face and was very popular with other pupils.

“She was always cheerful and did not seem to let anything get her down. She was determined to do her best. She was a fun loving, positive individual with a strong determination to succeed. A fondly remembered pupil.”

It’s big praise: popular, smart, kind, outgoing, determined and positive. Not one adjective to suggest she ever let her lack of hearing affect her. And why should she?

Rose did well academically, getting 4A*, 6Bs and 2Cs in her GCSEs.

She made history as the first deaf contestant
(

Jacob now works as an emergency care practitioner in Cornwall, not far from the current home of their maternal gran Val and her partner Paul in Bideford, Devon. (Proud gran Val is regularly telling friends about Rose’s projects on Facebook – and had the star weeping when she sent a heartfelt signed video message to Strictly).

But while Jacob had a medical calling, Rose wanted a creative career, she just didn’t know what.

Acting didn’t seem to be a possibility – for all her popularity, she was too nervous to perform in school productions, despite putting on shows for her family behind closed doors.

Yet when she was 15, her mum Donna signed her up for a film-making workshop in London with the National Deaf Children’s Society – and it was exactly the confidence boost she needed.

In a 2018 interview for a deaf community site, Rose explained: “My amazing mum encouraged me to go. I was surprised how much I enjoyed it.

“At the time I was quite shy at school so I had never got involved with any performing, the thought of getting up on stage in front of the whole school made me feel physically sick! However, in the privacy of my own home, I was always the one who would put on a show and entertain the family. I think through the performance I found a way to communicate and express my feelings visually.

“And the filming weekend was where I found a belief in myself.”

It was also where she met deaf film director Ted Evans who, two years later, cast her in his critically-acclaimed short film The End, about a backlash to a “cure” for deafness.

After that, she “fell in love with acting” but saw it as a hobby because of a lack of deaf actors on TV.

“It never occurred to me I could make a living from it,” she said. So she balanced being part of London’s Deafinitely Youth Theatre group while studying art and design at the University of Creative Arts, Rochester. Fortunately, there was also some time left for parties.

“Rose is lovely. She is full of life and energetic about everything,” Morgaine says. “I’ve been watching her on Strictly and messaging her telling her how well she’s doing. She is quite modest and doesn’t feel the need to shout about how good she is. So I really hope she does win.”

The actress has been raving about the benefits of British Sign Language during the BBC show. But Rose was so adapted to hearing people, Morgaine never needed to use much.

“I learnt a little bit of sign language but Rose has always been very good at reading lips – you’d never really know she was deaf,” she says.

It was after uni Rose began dating her boyfriend of seven years, Samuel Arnold. Sam is also deaf, but that was just the tip of what they had in common.

A few years into the relationship, Rose bid goodbye to the seaside and moved in with him – and his family – in Harrow, Middlesex.