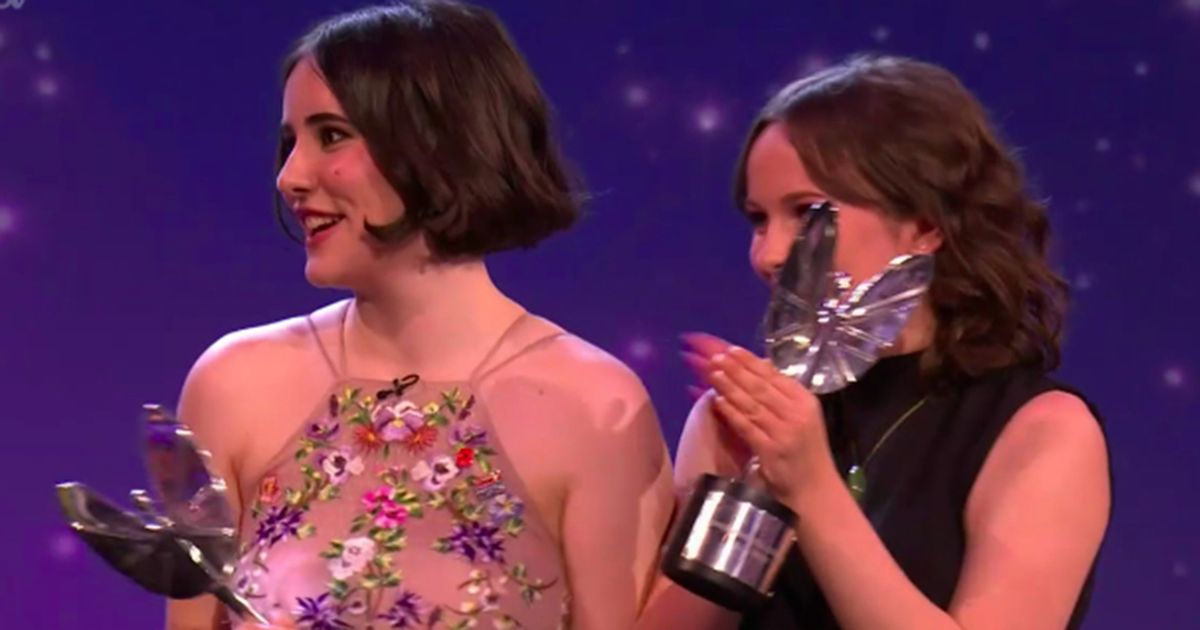 Pride of Britain winners Ella and Amy Meeks were gobsmacked at this year’s ceremony when they were sent a special message from Boris Johnson.

The two young climate change activists, aged 16 and 18, were the recipients of the Environmental Champion Award after founding Kids Against Plastic, a youth social action group which is now a registered charity.

The Prime Minister was keen to praise them and filmed a special video message for them live from Rome.

Mr Johnson said: “It’s highly appropriate that in the year, the moment that when we’re coming together to try to tackle climate change, the Pride of Britain Awards have a special category for Environmental Champion.

“I’m delighted to congratulate the winners, Amy and Ella, on what you have done and all your achievements, particularly in tackling plastic pollution.

“You’ve taken action when so many others might have found it easy just to walk on by. So thank you for what you’ve done.

“And everybody at Pride of Britain, I just want say that every year Pride of Britain gives an intense, emotion-packed account of those acts of bravery, of kindness, of selflessness that allow us all to take pride in our country and pride in Britain. “Thank you very much.”

As the camera cut back to Ella and Amy, host Ashley Banjo asked them what they thought of the PM’s message.

“Wow, definitely unexpected yeah!” they replied, before cheekily adding: “He’s not off the hook yet though, let’s see what happens at COP first!”

The COP26 summit is currently taking place in Glasgow and has seen countries come together to address plans to tackle the climate crisis.

COP stands for Conference of the Parties and it is an umbrella term for any country that joined the United Nations Framework Convention on Climate Change (UNFCCC) — a treaty signed in 1994.

The last conference, which was held in Madrid in 2019, saw teen campaigner Greta Thunberg give an impassioned speech condemning the political attendees for their lack of action towards the prevention of global warming.