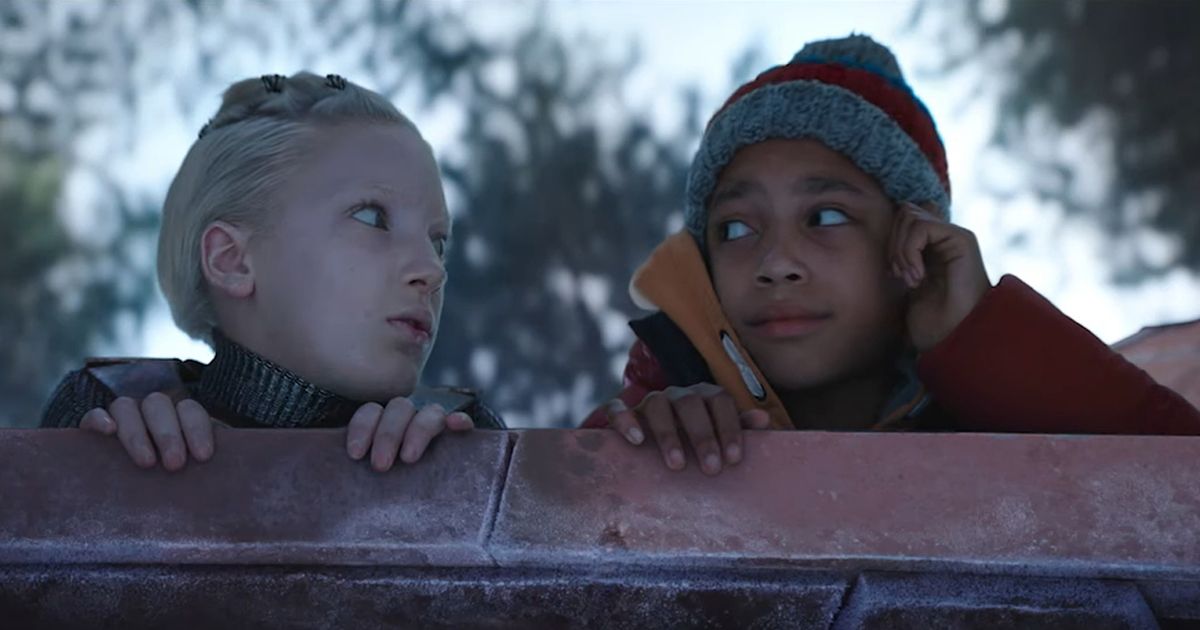 John Lewis bosses have vowed to protect the cast of the brand’s new Christmas advert after receiving vile racist trolling.

This year’s campaign, which is titled The Unexpected Guest, launched today and it sees space traveller Skye crash-land to earth, at the home of Nathan, 14, during the festive season.

Nathan teaches Skye all of the Christmas traditions in the heartwarming campaign.

The John Lewis advert has been a hit with most fans, but some bigoted trolls have slammed the company for being “too woke” for starring a black family.

Others have also threatened to boycott John Lewis after hitting out at the brand’s diversity.

Skye and Nathan star in this year’s John Lewis advert
(

After the backlash, customer director Claire Pointon has stated the company has a duty of care to protect the cast.

She said to Metro : “We always have a duty of care to anyone who is in our adverts and one of the things myself and the rest of the team are really passionate about is casting on talent.

“That’s the first thing. We didn’t have any prescriptive points of view. We wanted to represent a modern Britain, quite frankly, and that’s our customer base.

The teenagers are trained actors
(

“I think it’s shocking when you get that [racist abuse] and unfortunately you do get racist abuse on certain stuff.’

“We have a duty of care and we would always take that [racist abuse] very seriously as a brand.”

Actors Raffiella Chapman and Jordan A. Nash are the stars in this year’s advert, playing Skye and Nathan.

The two 14-year-olds are trained actors and have worked alongside stars including Angelina Jolie, Will Smith and Eddie Redmayne.

Last year, Sainsbury’s was forced to defend its Christmas advert.

The supermarket giant said it strives to “represent a modern Britain” after it was criticised for not being “inclusive”.

The one-minute long clip featured a heartwarming phone call between a Black dad and his daughter.

Twitter users criticised the brand and some social media trolls accused the supermarket of “virtue signalling” – despite the second advert featuring an all-white family.

Sainsbury’s addressed some of the comment made on social media and said they aim to be an “inclusive retailer”.

It wrote: “At Sainsbury’s, we want to be the most inclusive retailer.

“That’s why, throughout all our advertising we aim to represent a modern Britain, which has a diverse range of communities. We have three stories of three different families in our advertising.”