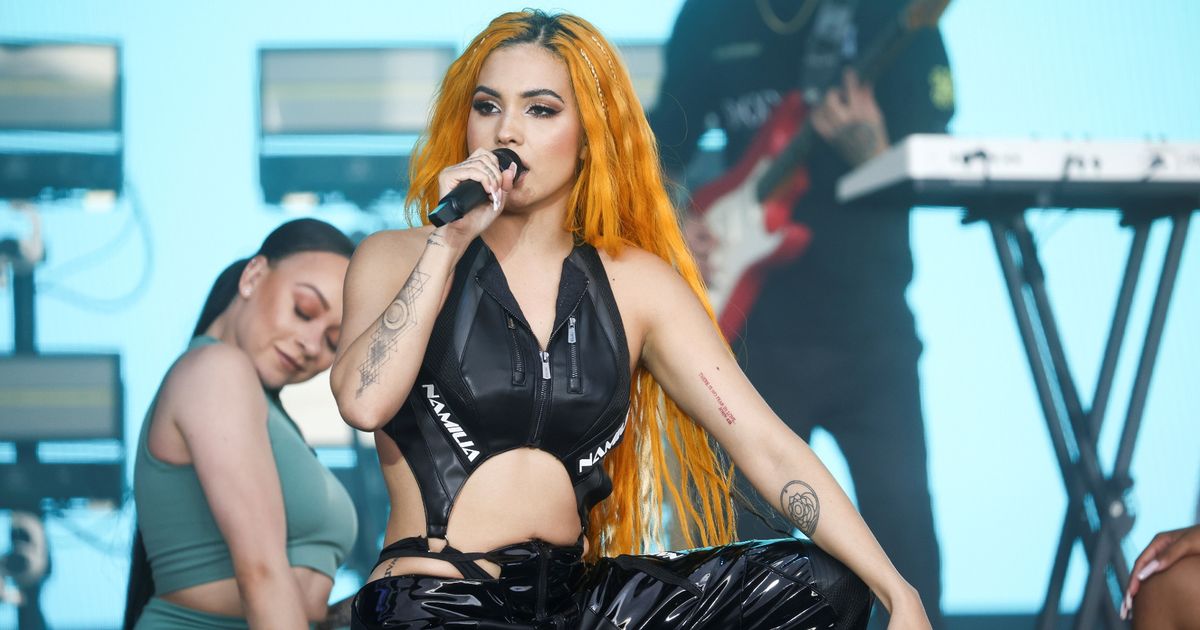 Love Island: Mabel and her dancers performs in villa

Pop sensation Mabel will be pulling up a chair alongside Simon Cowell and Craig David to be a judge on a new singing talent competition.

The 25-year-old Swedish-British singer – who is the daughter of Buffalo Stance singer Neneh Cherry, 57 – will be featured on 62-year-old Simon’s latest talent show TV idea.

The series, titled Walk The Line, is being touted as a music version of Who Wants To Be A Millionaire and will see contestants singing to win a £500,000 prize.

The show is due to be presented by Maya Jama and aired on ITV later this year – while the appointment of Mabel as a judge is said to be a real coup for the show makers.

Mabel is joining SImon Cowell’s new show, Walk The Line, as a judge
(

A source told The Sun on Sunday: “Mabel is somebody the producers have been in touch with for a while now. They think she would bring something really fresh to the panel.

“There have been initial discussions, but no final decision has been made yet.

“Bagging a hot star like Mabel is a real coup for the series.”

Mabel’s debut album, High Expectations, reached number 3 in the UK charts back in 2019, while her singles include hit songs Don’t Call Me Up and the Clean Bandit collaboration Tick Tock.

Her addition to Walk The Line comes on the heels of news that 40-year-old Craig David will also be a judge.

Earlier this month it was reported that show producers were excited to add Craig to the series, feeling it would give the show some star power, credibility, and would appeal to TV viewers.

A source said: “Craig David is an icon of the British music industry – but he’s also as relevant today as he was when he burst on the scene back at the beginning of the Noughties.

“He’s appeared on Simon’s shows before – and he’s widely respected – so it would make perfect sense for him to be involved in Simon’s new show.

“It’s an exciting move and adds real credibility to the panel. You can always rely on Simon to keep it fresh and get everyone talking.

“Backstage bosses are excited for this show to air as it’s going to be exciting, and the massive cash prize will create a real buzz.”

Earlier this year, Variety described Simon’s new show as: “The format sees musical acts take to the stage to perform, as well as a panel of judges headed up by Simon Cowell.

“The top two performers of the evening then face a decision in their bid to be crowned champion — to either go home with a cash prize, or walk the line and play on.

“Should they stay in and top the leaderboard, they will then progress to the next show, facing a different cast of performers.”

Maya Jama is set to present the show

If the contestants opt to fight on, they will stand a chance of winning an even bigger cash prize the following week.

While Simon described the show himself as: “We wanted to develop a show which will give the contestants a life-changing cash prize if they win.

“Each show there will be a champion who must make a vital decision: either cash out then and there or stay in the contest to compete again the following night and have a chance to claim the huge prize. It’s the kind of decision that will have viewers on the edge of their seats.”