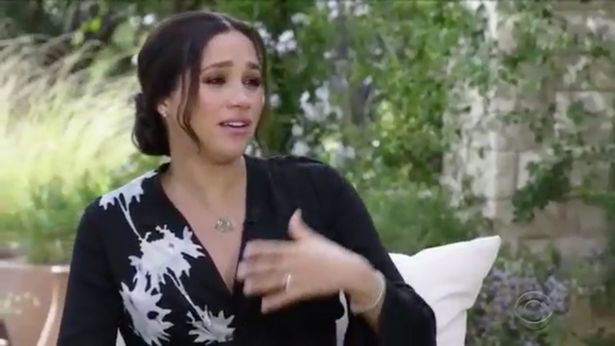 Piers Morgan has accused Meghan Markle of “playing the victim” as the TV presenter appeared on another stateside show to air his views on the Duchess of Sussex.

After his first TV interview following his Good Morning Britain exit with Tucker Carlson on Fox Nation on Monday, Piers chatted with Billy Bush on Tuesday.

And, as ever, the former GMB man didn’t hold back with his views on ExtraTV, which is broadcast on a number of channels across the United States.

Speaking to the American host, the Life Stories presenter let rip about why he exited his role on the breakfast news show after nearly six years following his heated on-air spat with weatherman Alex Beresford about Piers’ reaction to the Duchess of Sussex on Oprah and the allegations she made.

He also savagely accused Meghan Markle of “playing the victim” with her “nauseating” claims about the Royal Family.

Talking to Oprah Winfrey, the former Suits star accused unknown members of the Royal Family of denying her help when she raised her mental health concerns with them.

He claimed that members of his family were ambushed with a torrent of online abuse and threats by “an online mob” because of his views.

Despite her “hate” for the threats, he admitted his wife was still fully supportive of him airing his opinion saying she has “always been supportive” of him.

He added: “The idea my sons had to be targeted by so-called liberals in a way that was threatening to them, abusive to them… is completely disgusting.”