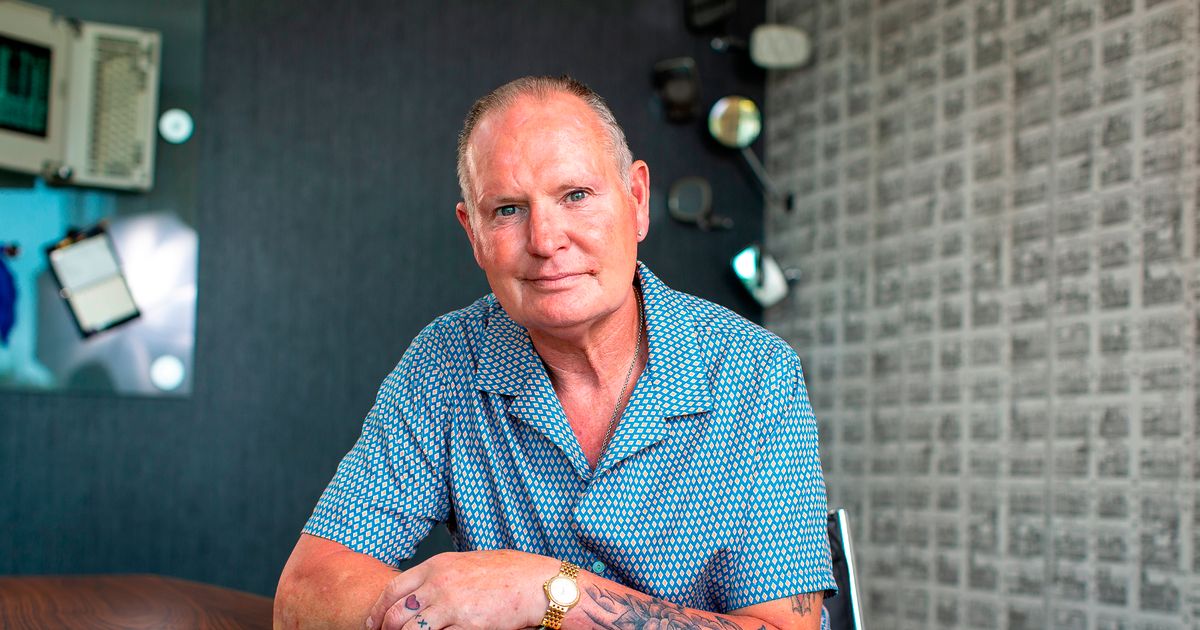 Football icon Paul Gascoigne discusses his life and career in the new BBC documentary Gazza, which is airing later this year

Football legend Paul ­Gascoigne says while there are many things in his life he regrets – he would repeat the good bits “in a heartbeat”.

But his sister Anna says she wishes he had never made it to the top – and had just enjoyed a quiet life in Newcastle.

In a new BBC documentary Gazza, she says: “What would it have been like if Paul had just been an average ­footballer, just playing for an average team, not playing for England and just enjoying his job and getting on with it?

“I wish that had happened – I really do.”

But Paul, 54, says he loved his career – especially the so-called Gazzamania of the 1990s when many viewed him as the best ­footballer of his generation.

“Hopefully they’ll take away from it the great times I had,” Paul says.

His sister wishes he chose the quiet life
(

“There’s a lot that wasn’t good or perfect, but when it comes to the past you can’t change it and have to take the bad with the good – and the good things I’d repeat in a ­heartbeat.

“It was really emotional watching everything, some things are very hard to watch; but others are good memories with friends.”

The warts-and-all two-parter shows Gazza’s booze problem, his many injuries and – at his lowest point – the domestic abuse he inflicted on wife Sheryl, who does not appear in the documentary.

He also discusses his drinking problems in the documentary
(

It also charts the media’s pursuit of him, capturing the rows and drinking sessions.

“I got a lot of media, so that was a pressure. The fans would give us a lot of attention too, but to be honest I didn’t mind that.” And when it comes to Gazzamania he has nothing but fond memories.

He says: “I loved it. Opening shops, switching on the London lights, recording Fog on the Tyne, doing adverts. I enjoyed every minute and I was still performing on the pitch.”

His greatest moment came with the World Cup in Italy in 1990. “I had the best time playing my football with my mates, I was probably the fittest I’d ever been,” he says.

And his worst moments came when he was unable to play. “Injuries, they killed us,” he says simply.

Producer Vaughan Sivell said he hopes the films, which are told through archived ­interviews with those who knew him best, would show the star in a “new light”.

“So much of Paul’s career was lived in the public eye, it was like he was the original reality show,” Sivell said.

The take-home message from the films, which end in 1998 and do not cover Gazza’s later years, was “don’t become incredibly famous”, he said.

The BBC will air Gazza later this year.