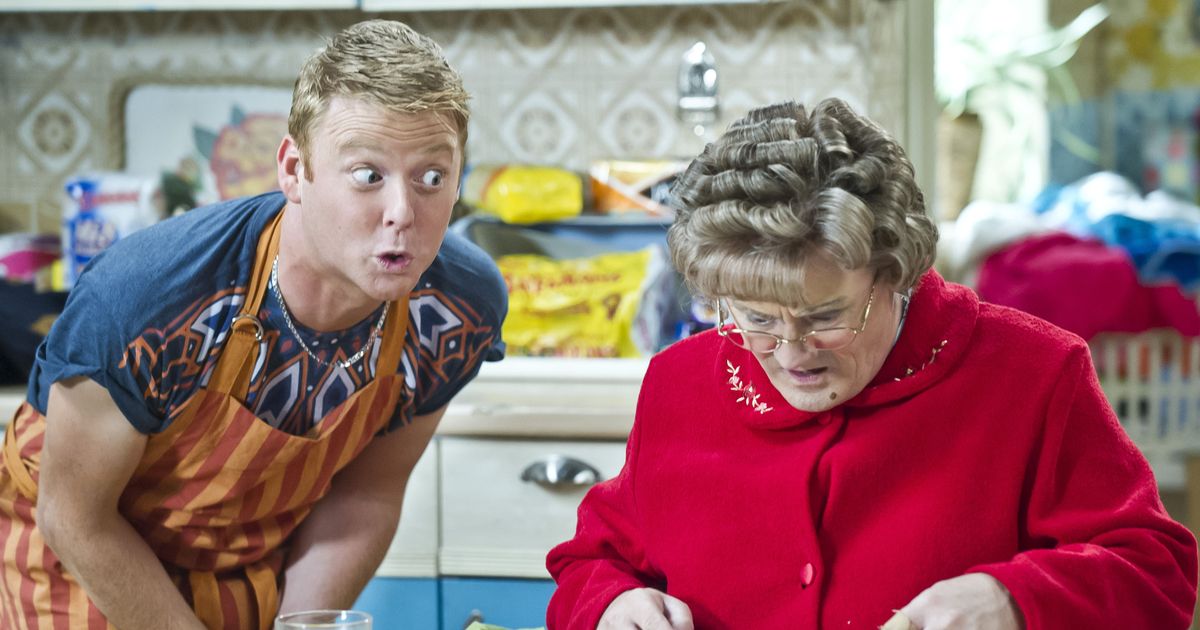 Mrs Brown’s Boys fans have called for the return of Dino Doyle after the Halloween special aired last week.

Fans were disappointed with the episode, with some specifically calling for Dino, played by Gary Hollywood, to come back to the show.

Fans took to Twitter to call on the return of Dino.

One fan tweeted: “We laughed 0 times watching it. The haunting was silly and basically for nothing, nothing funny and it was for Halloween but Maria and Dermot never mentioned their triplets. Miss Dino & orig Rory my faves.”

Another added: “Was ok but wasn’t as funny needs Dino and the original Rory back. We want Dino and Rory.”

A third wrote: “Where is @MrGaryHollywood? He’s brilliant at the comedy timing. #MrsBrownsBoys,” as another added: “No Dino and Rory?????”

The Halloween special was live and was broadcast to Ireland, the UK and the US but even with the added pressure it seems the show aired without any major stumbles.

However, it didn’t seem like this was enough for fans of the show as some even turned over to watch Gogglebox instead.

One fans wrote on Twitter: “Who watches that rubbish? Thank goodness for #Gogglebox.”

Another added: “Huge fan of the show but this for a live special tv event is poor #MrsBrownsBoys,” as a third said: “Who the hell commissioned this drivel!!! #MrsBrownsBoys.”

Gary Hollywood, who played Dino Doyle in the programme recently spoke to The Mirror about his struggles with mental health.

The star opened up about how he struggled to see friends or even spend time with his new baby despite being a patron for mental health charity Back Onside, he felt it was difficult to seek help.

He said: “It was that classic male idea of needing to be strong for my family. It was dark times, but I knew everyone around me had a lot going on, so I was trying to look out for them – but it turned out I wasn’t dealing with my own troubles.”

Gary opened up about his mental health struggles
(

Gary had a difficult year after the death of his brother as well as the premature arrival of his baby and leaving Mrs Brown’s Boys.

Baby Ollie arrived in March 2020 which was a month before his due date meaning he weighted just 5lbs which brought on various health issues.

Gary acknowledge in particular that it is important that people seek help when they are struggling mentally.

He said: “Putting your hand up and saying ‘I need help here’, whether that is asking to be connected with a counsellor, or simply asking a friend to listen to you over a cup of coffee, is so important. I did it, and so can anyone else.”