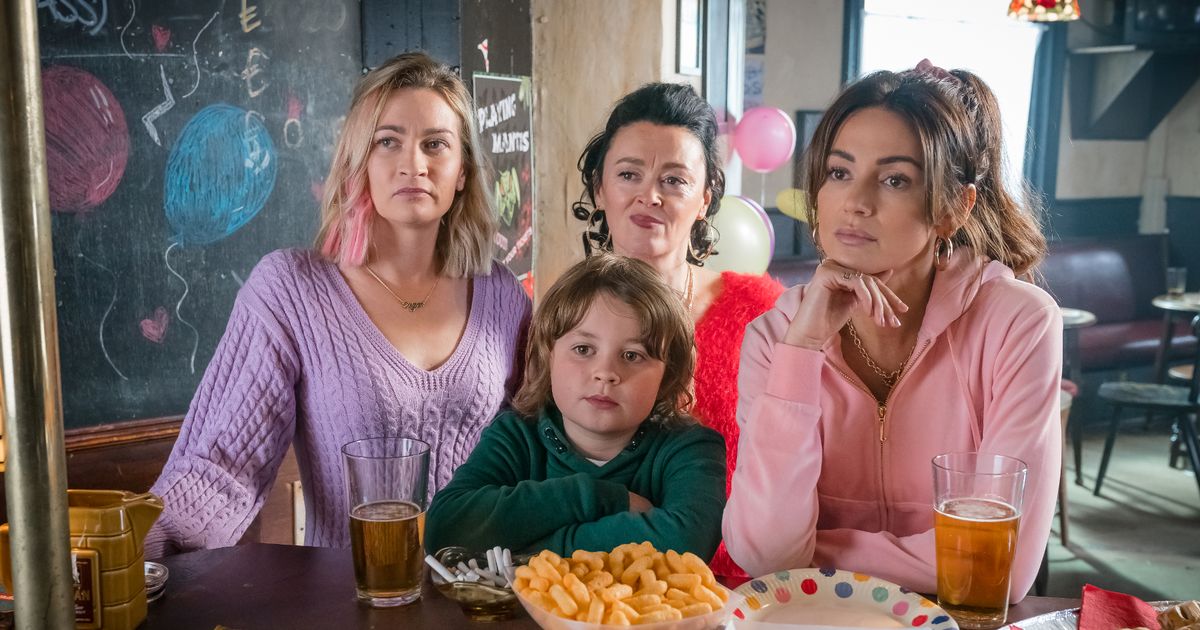 Filming of Brassic is paused due to a Covid outbreak (

Filming on the set of Brassic has pulled to a halt yet again after a Covid outbreak has paused the production.

The cast of the hit Sky TV show, including Michelle Keegan, were expected to film for the entire week at a Manchester pub for the fourth series of Brassic.

A Covid outbreak has forced proceedings to a standstill, with the set being dismantled and crew sent home in efforts to prevent the virus spreading.

A source said: “Covid has been a nightmare for Brassic and just when they thought things were calming down, it’s started up again.

“Everyone was being super careful because of the new variant but there’s been another outbreak.

“Michelle and the other well-known cast members are believed to be well.”

This has meant that the entire production comes to a halt as soon as a positive test is detected.

Covid outbreaks in September 2020 and January 2021 have already paused proceedings, with filming now having to be postponed due to the virus.

Michelle, 34, who takes on the role of Erin Croft in the show, has been travelling to and from Manchester and London as she works on the current series.

Michelle Keegan shows the reality of filming a TV show
(

On Monday she shared a clip of the reality of early morning shoots.

Bundled up in a big coat, she pointed out the four degree temperature that she was facing.

This latest break in filming comes shortly after Michelle’s husband, Mark Wright, had a 12cm tumour removed from his armpit in a terrifying cancer scare.

The TV personality, 34, claims he was initially told to leave the “fatty lump” but once it started to grow he sought out medical attention.

Mark Wright underwent surgery for a large tumour in his armpit

He went on to get a second opinion and MRI scans couldn’t detect if it was a benign tumour or something more serious – despite this a consultant said that the tumour was “nothing sinister to worry about”.

The couple have been massively affected by the pandemic with Mark’s family experiencing the loss of his uncle Eddie and six relatives falling ill with the virus.

Speaking to The Mirror, Mark confessed how crushing it had been watching his family fall ill.

He said: “It was devastating, the only way I can describe it is, it was a depressing time last Christmas, it was so hard.

“At one point I had my dad, his two brothers, and my nan, their mum, all in hospital, and then my grandad at home with Covid. He couldn’t get out of bed, so we had to care for him.

“I was saying, ‘We will be very lucky if only one of our family members dies from this.’ They were all in hospital on oxygen machines.

“Last Christmas was just before my dad went into hospital, so he had to stay upstairs, he couldn’t come down, his oxygen levels were so low.