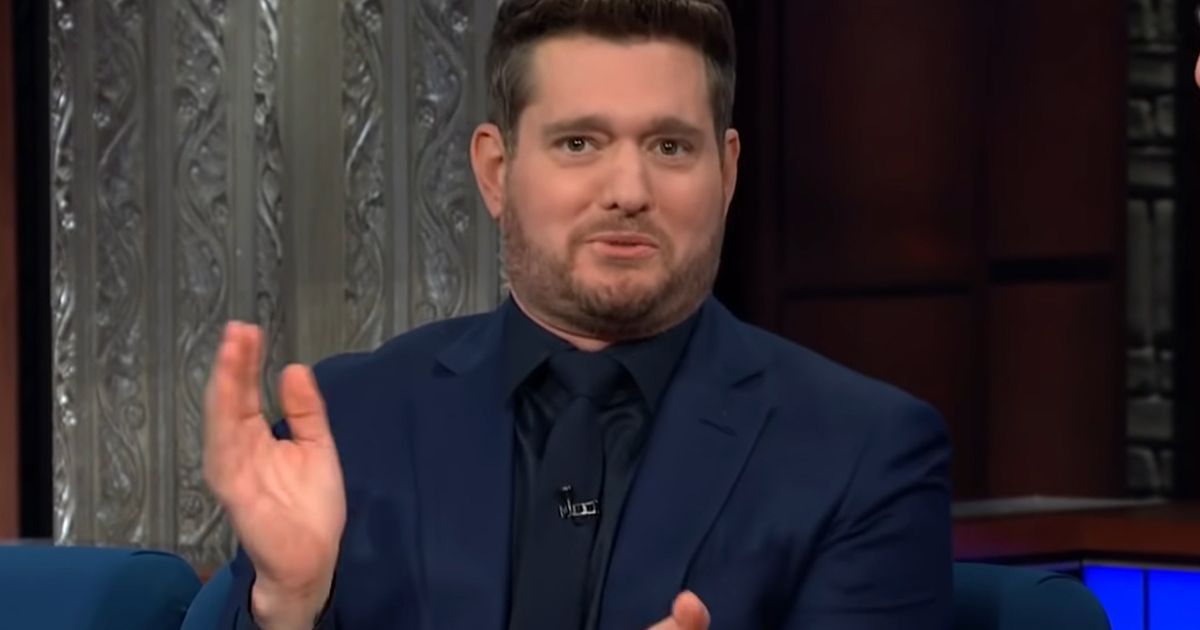 Michael Bublé seemed to forget the lyrics to a classic song from his native Canada during a recent live TV appearance.

The singer, 46, was a guest on the Late Show with Stephen Colbert earlier this week, ahead of the release of his ninth studio album – which is called Higher – later this month.

During his appearance on the late-night talk show, he spoke about having worked as a fisherman when he was younger, with him revealing that he used to catch salmon.

The topic prompted host Stephen Colbert, 57, to mention sea shanties – which have proved popular on social media platforms such as TikTok – to Bublé.

Michael Buble was interviewed by Stephen Colbert earlier this week
(

The presenter brought up “sea shanty classic” Barrett’s Privateers – which he stated is about Canadian pirates. It was released by the late folk singer Stan Rogers in 1976.

Rogers – like Bublé – was born and raised in Canada, with Colbert hoping the singer would know the song, given that it’s from his home country and he was a fisherman.

When asked if he knew it, Bublé said: “Arr, me matey. Yes, I think so. I think I’ve heard it before.” Colbert suggested he start it and his guest “jump in” later in the performance.

“Yes, of course I would,” exclaimed the singer – who has won multiple Grammy Awards since making his debut in 2003 – with the pair then proceeding to perform the song.

Colbert sang the intro: “Oh, the year was 1778. How I wish I was in Sherbrooke now. A letter of marque came from the King to the scummiest vessel I’ve ever seen.”

Bublé then joined the presenter in singing the lyrics, though it became clear that he wasn’t too familiar with some of them, as he stumbled through parts of the song.

He however was able to get through it and seemed invested throughout, with him even providing harmony. Colbert said that it was “an honour,” after it was over.

Fans shared their views after the performance, with one writing on YouTube that it had given them “goosebumps.”

Another teased: “[Bublé] definitely did not know the lyrics” Others however were impressed that he managed to do the song, with one writing: “Good on [him] for improvising along.”

“I think my life is complete now,” another said. Whilst a fourth said: “The shanty brought a big smile [to my face].” Another wrote: “What a wonderful duet of a sea shanty.”

The pair performed a duet of the sea shanty
(

Later in the show, Bublé – who announced recently that his wife Luisana Lopilato, 34, is expecting their fourth child – took to the stage to perform two songs.

Higher is set to be released on next Friday (March 25).