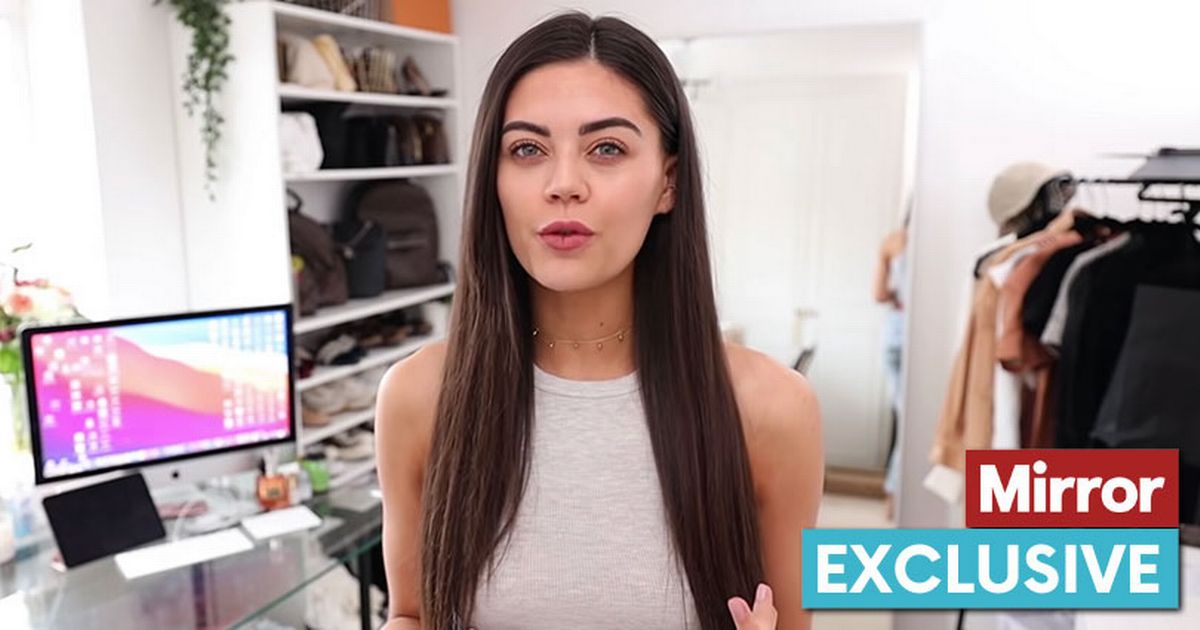 Wood you believe it? A mad new money-making trend is sweeping through cyberspace. TikTok and YouTube have been flooded with videos of punters snapping up and unpacking huge “return pallets” containing unwanted or unsellable products from the likes of John Lewis and Argos – without knowing exactly what state they’re in.

The wooden forklift platforms carry goods returned by customers or items for which the shops have no warehouse space.

So they flog them to middlemen firms that sell or auction them to buyers who make a profit by reselling online.

Channel 4 has a show called Bidding Wars in which teams of resellers compete against each other to make the most cash from mystery pallets containing random items that could be treasure or trash.

Here, four pallet punters share their experiences of gambling on the packs in the hope of turning a profit.

Emily Canham features her pallets on her YouTube channel

Customers send items back to a retailer either because they’re faulty or damaged or because the buyer has had a change of heart. But if the retailer can’t sell returned items for full price, they can still make money by flogging them on online.

Sometimes retailer pallets are listed on the likes of eBay or Facebook Marketplace. Others are sold on niche sites by specialist businesses like Gem Wholesale or Marthill International, which pack goods up into themed packages such as Toys, Clothing, or Electrical. Risk Pallet resellers browse such sites searching for promising looking cargoes that might make a profit.

The pallets are often advertised with a stocklist – but not what condition items are in.

Pallet prices can range from a few hundred quid to several thousand, meaning resellers can end up taking on a big risk of potentially buying what amounts to a load of junk.

They don’t know for sure how much cash they’re likely to make from reselling until the pallet arrives and they unpack the boxes and sift through their swag.

They’ll then sell their goodies on sites like Amazon. Or they’ll end up weeping over the pile of scrap they’ve bought.

Emma Hamilton, 33, from Birmingham has turned her pallet-buying hobby into a business halfway to its first £1million.

She was on £25,000 a year in a council job three years ago when she got into reselling pallets.

Emma Hamilton has given up her job to sell pallets
(

Emma, who has appeared on Channel 4’s Bidding Wars says: “After doing it for a year or so, I was able to reduce my hours at work and then eventually do reselling on Amazon full-time.

“But when you buy a pallet you’re not quite sure what’s going to be on there. In one gaming pallet I bought for £700 there was a returned PS4. We opened it and tested it and it worked.

“It came along with mixed electricals and some gaming items. We sold the PS4 alone for about £450, so that one item covered most of the pallet.”

Mum finds £5,000 in Aldi chocolate bar and there are 22 golden tickets still up for grabs

Emma says ideally if she’s buying a pallet for around £700, she aims to make between four and five times more from selling on.

She says: “Generally you’ll find from one or two items you can make your money back. Anything else is a bonus.”

Shrewd Emma warns there is always a risk you could lose your money in not knowing exactly what you’re going to get. She says: “I think it comes from experience, but there’s probably some people who have bought dud pallets.”

‘We hit gold and got Xmas pressies’

Holly Smith, 36, from Norfolk, is a YouTuber who runs the Coupon Queen website offering users money-saving advice and vouchers.

She saw return pallet videos on YouTube and decided to give it a go. Holly said: “I felt the same as kids fascinated by surprise toy unboxing videos.”

This year she has bought four pallets, with a fifth on the way. Her first was made up of Argos returns and proved a mixed bag – but she broke even selling them on.

Holly Smith got lucky and found all her Christmas presents

The second was from online retailer Very. “We hit gold. There was so much new stuff in there and we got Christmas presents for our kids.”

Holly’s YouTube “un-palleting” clips are wildly popular with her followers. But there’s a downside too. One pallet from office supplier Staples was filled with broken ink cartridges that leaked over other items. She just managed to make back the £136 she paid for the pallet but then had to hire a skip to get rid of the rest

She says: “I’ve seen a lot of people rushing out to buy pallets to make money. “I would say if you’re lucky, you can break even on them.”

‘I bid for dream coffee maker but also bagged 5 vacuums’

Emily Canham, 24, London YouTuber Emily Canham scored more than £8,000 of products from John Lewis after purchasing a returns pallet for around £2,000.

She also bagged five new vacuum cleaners, including a Miele worth £679, and a £139 GHD Smoothing Hot Brush.

Emily, who has 1.43 million YouTube subscribers, found every item fully working. She says: “I found this lot with a few things I wanted, and the rest I was pretty sure I could sell. They’re all returns, so they could be anything from someone who wanted a different colour to it’s broken and there’s parts missing.

“I never intended to buy until I noticed one of the lots had my dream coffee machine, so I decided to chance it.”

She shared her unboxing on her two Instagram accounts, @emilycanham and @welcomehome.

Emily says: “It’s definitely worth it if there’s something in the lot you want. It was a winner, so I did it all again.”

This time a few items were broken or had missing parts. She said: “It made me realise how lucky the first pallet was.”

Ben Farrow, 29, from Beverley, East Yorks Ben makes an extra £2,000 a month on top of his emergency services job wage by running a pallet reselling business that he started in his bedroom.

For three years he’s specialised in buying up boxes of clothing and footwear not knowing what’s inside and reselling on sites such as eBay and Depop.

He bought a mystery pallet for £300 and found Levi jeans inside which made him a £1,800 profit. But Ben doesn’t just stick to clothes – one of his most successful buys was when he bought a huge box of Star Wars books from a charity shop for £20.

Ben Farrow has been re-selling clothes

He made more than £300 selling them. He’s so successful at blind-buying pallets, he now has his own office where he runs the part-time business.

Ben says he’s yet to receive a disastrous one. He says: “I think with clothes pallets you can easily avoid disaster by tie-dying or bleaching before reselling.”

So far Ben, who appears on Bidding Wars, has bought around 20 pallets from local wholesalers. He says: “I see this as my hobby I love doing on my days off.”

■ Bidding Wars is available to watch on All 4. channel4.com