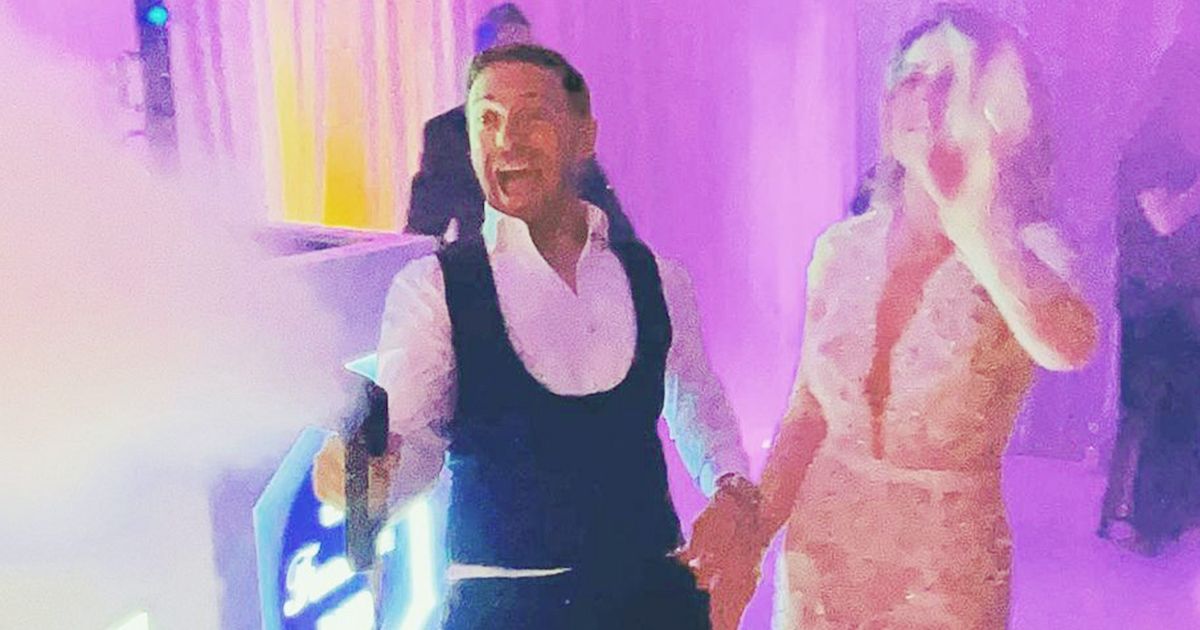 The adorable couple got engaged in 2019 following a long-term relationship, and now they’ve finally tied the knot in London’s Grosvenor Chapel

The couple looked dapper after walking down the aisle (

Matt DiAngelo enjoyed a glamorous ceremony in London as he wed long-term partner Sophia Perry in a ceremony in central London.

The actor posted a black-and-white video to his Instagram page, where he showed off his wife’s gorgeous hair and makeup and his own dashing attire.

He appeared to be overjoyed and could only muster the word ‘married’, as Sophia grinned and danced with joy.

The star then posted a photo from the Dorchester, where the newlyweds celebrated their reception.

In the photo, the happy couple were seen letting their hair down, with the soaps actor captioning the snap “Well….that escalated quickly.”

Fans and stars alike were quick to comment on the posts.

Matt is known for playing the role of Dean Wicks, also known as Deano, on Eastenders.

He was also known for his stint on the 2007 series of Strictly Come Dancing, where he fell for is professional dancing partner Flavia Cacace – however the couple called it quits shortly afterwards in 2008.

Now Matt has tied the knot to fellow actress Sophia, who is known for her role on Two Pints of Lager and a Packet of Crisps.

The two had been dating for five years prior to their idyllic 2019 engagement, where Matt popped the question while the couple were on holiday in the Caribbean. The pair enjoyed pizzas on a white, sandy beach, before Matt presented his partner with a gorgeous diamond ring.

Congratulations to Matt and Sophia!