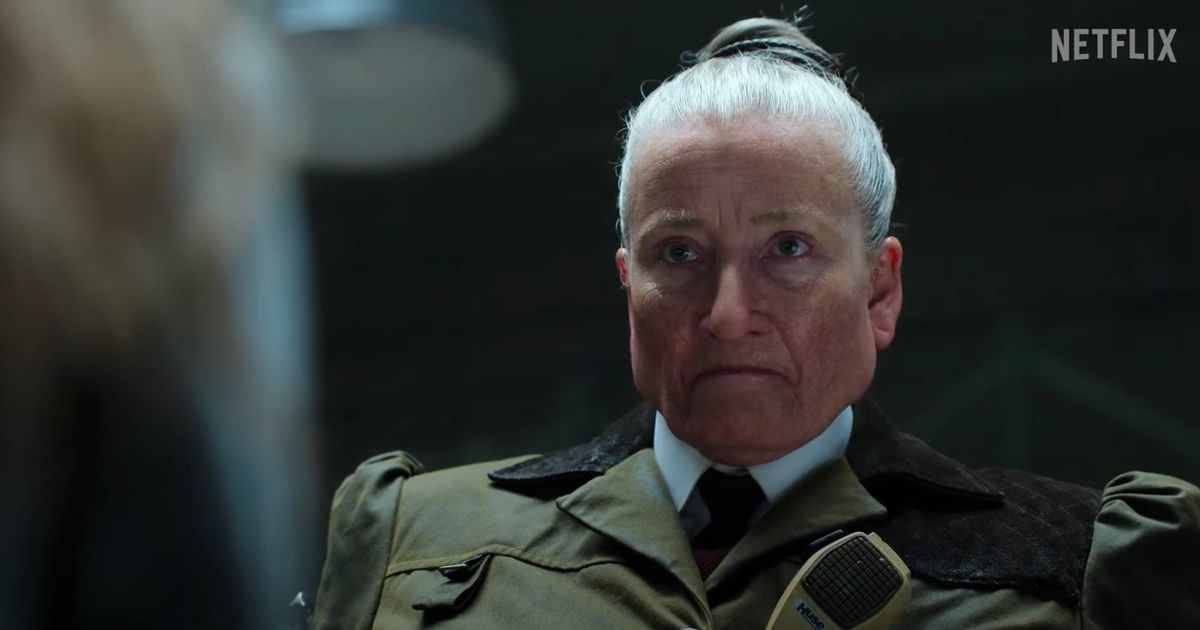 Emma Thompson has transformed into the much feared Miss Trunchbull and looks unrecognisable from her usual elegant self.

The 63-year-old actress shows that she is every bit as fearful as the character in the book as a teaser trailer for Roald Dahl’s Matilda The Musical was released on Wednesday.

The family feature will be released at Christmas and Emma’s Miss Trunchbull will be the stuff of nightmares over the festive season as she shows that no prisoners will be taken with her character.

Emma wears the headteacher’s infamous khaki trench coat, with her hair scraped back, as she looks to rule the school with an iron rod – that is until she meets her match with Matilda.

The film is a cinematic version of the Tony and Olivier award-winning musical and it will include the same songs and lyrics written by comedian Tim Minchin, which proved to be a bit hit on the West End.

The story follows Matilda, who is tour de force with a vivid imagination and decides that she will take a stand against the cruel rule of Miss Trunchbull, with extraordinary results.

In the new Netflix version, Alisha Weir will take on the title character, while Stephen Graham and Andrea Riseborough will play Matilda’s parents.

It is their brash and selfish behaviour that leads Matilda on a different path, in which she discovers she has the powers to wreak a little havoc and dish up some revenge.

Miss Honey, played by James Bond star Lashana Lynch, is Matilda’s inspirational teacher who recognises that extraordinary powers the youngster possesses and helps to guide her in spite of Trunchbull and her parents.

The musical is being directed by Tony Award winner Matthew Warchus (Matilda The Musical), with the film being produced by Eric Fellner and Tim Bevan for Working Title, Jon Finn (Billy Elliot), and Luke Kelly of The Roald Dahl Story Company.

The Royal Shakespeare Company’s production has been adapted by screenwriter Dennis Kelly.