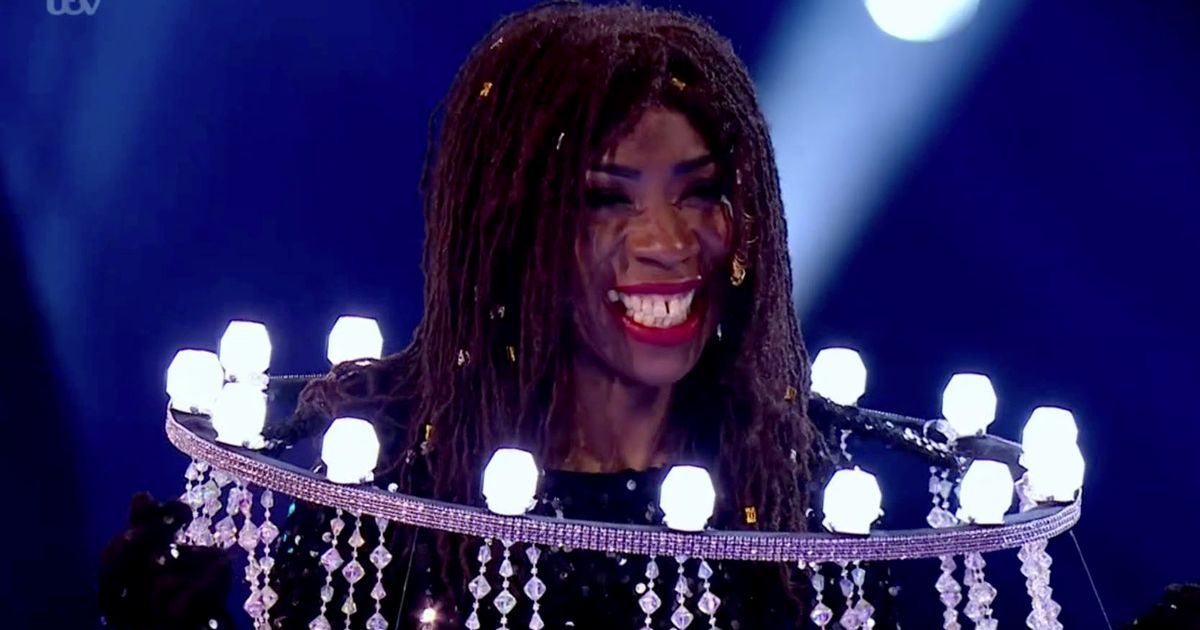 The Masked Singer UK series three launched on ITV on New Year’s Day, and it wasn’t long before the first character was unmasked

Chandelier has been unmasked as Heather Small on The Masked Singer UK, in the first episode of series three.

The UK version of the hit series returned to ITV on New Year’s Day, as the 2022 characters took to the stage.

But unfortunately for Chandelier, they were voted out after just one episode, with the judges deciding it would be them who they would unmask.

After guesses from viewers at home and those in the audience, it came to the point in the show where the mystery celebrity had to take off their mask.

Another mystery celebrity will be unmasked on Sunday night’s show, as six more characters take to the stage in costume.

Speaking about doing the show, Heather said: “I’d seen Gabrielle and Joss Stone saying how much fun it was and in these most challenging of times a little bit fun is good for everyone.”

On keeping it all a secret, she added: “I would say it is difficult, especially when you are with one of the nosiest people on the planet – my mother!”

She also mocked the judges’ guesses for her character, saying: “Hilarious, as they were so off the mark,” while she told the judges she had put a voice on to disguise her vocals.

She also mocked the judges’ guesses for her character
(

It was confirmed last year that the third series would launch on New Year’s Day, with a second episode on January 2.

Joel Dommett returned as host, with the panel also remaining the same as series two.

Rita Ora, Jonathan Ross, Davina McCall and Mo Gilligan are all back trying to work out who is under each costume.

Get ready for the usual dodgy predictions and Rita screaming “who are you?” on repeat, as the judges give their suspicions over who is under the mask.

Of course, those tuning in are often very quick to work out who could be the mystery celebrities too, while a few characters last year did throw people off.

The Masked Singer UK series three launched on ITV on New Year’s Day, and it wasn’t long before the first character was unmasked
(

There are 12 characters in total, with six performing on the first episode, and six appearing in the second.

This year it’s Robobunny, Lionfish and Doughnuts all in the first episode, joined by Chandelier, Mushroom and Firework.

On Sunday night, viewers will see the remaining six taking part with another character set for the chop.

The Masked Singer UK continues Sunday at 7:30pm on ITV.

Bridgerton, Derry Girls and The Crown: A rundown of 2022’s must-see TV shows