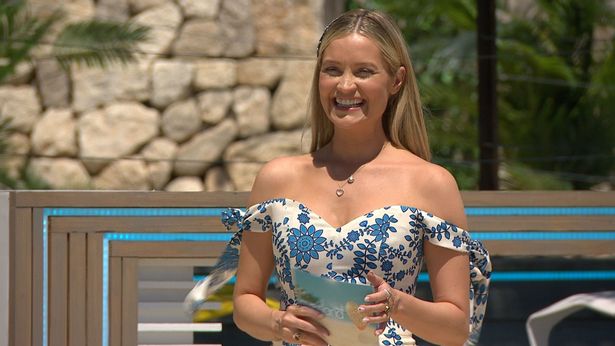 Laura Whitmore is reportedly being paid an impressive £600,000 for her role as Love Island host, but has only appeared on the ITV2 show for just under 12 minutes so far.

Mum-of-one Laura entered the villa for the launch show on Monday 28 June when she paired up the original Islanders, but since then viewers have hardly seen her.

It’s been reported that 950 minutes of footage has been broadcast from the Spanish villa so far across 14 episodes, yet the bubbly blonde has hardly featured.

Instead, the majority of the drama – including the dumps and new arrivals – has been read out by Islanders after they receive a text.

She captioned the clip: “Sensory fun at @vangoghaliveuk #vangoghalivelondon,” as her young daughter took in the colourful surroundings.

Laura also appeared to be soaking up some rays in Kensington Gardens as she also shared a selfie as she sat in a deck chair and soaked up the sun before filming some ducks by the water.

Laura’s husband Iain Stirling provides the hilarious commentary for Love Island, but it was confirmed that he would be doing so from London throughout the 2021 series.

Love Island continues tomorrow at 9pm on ITV2 and ITV Hub. Episodes are available the following morning on BritBox.