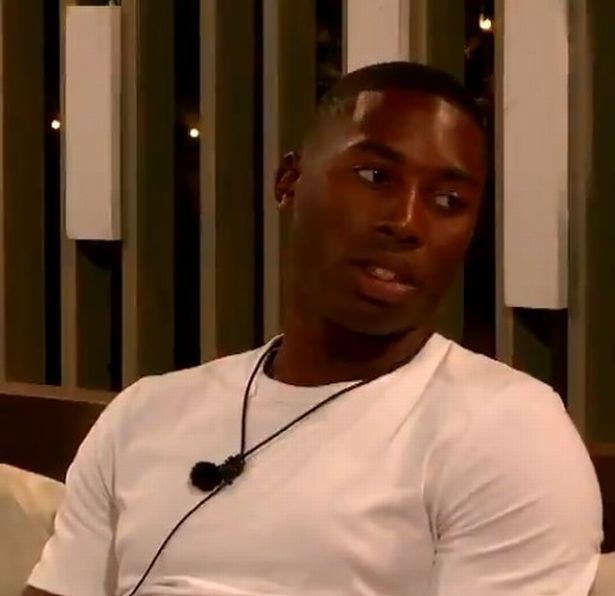 Toby picked new girl Abigail Rawlings in the recoupling, leaving everyone stunned as he dumped Chloe Burrows in the process.

But this is not the first time that Toby has moved on to someone else and used the recoupling to end things with an Islander.

He was initially paired up with Kaz Kamwi before his head was turned by Chloe, and now the same thing has happened with Abigail.

During the recoupling, Hugo took a brutal swipe at Toby over his treatment of Chloe – choosing to couple up with her at the same time.

Toby calls Hugo “two-faced” in front of the whole group, to which he replies: “I’m not two-faced, I’m just honest.

“You can’t make anyone feel that small up there like that, and get away with it.”

Later on, Aaron tells Hugo: “Obviously I love Toby to bits, but he has just done the same s**t he’s done to Kaz except even quicker.

“It’s rude, obviously he does need to be told and the thing is he knows it. He just didn’t wanna hear it out loud.”

Fellow Islander Liam Reardon also agreed with this and Hugo, adding: “He needs to be told, and you just told it.”

Viewers will have to tune in to find out who else is team Hugo, and who is team Toby.