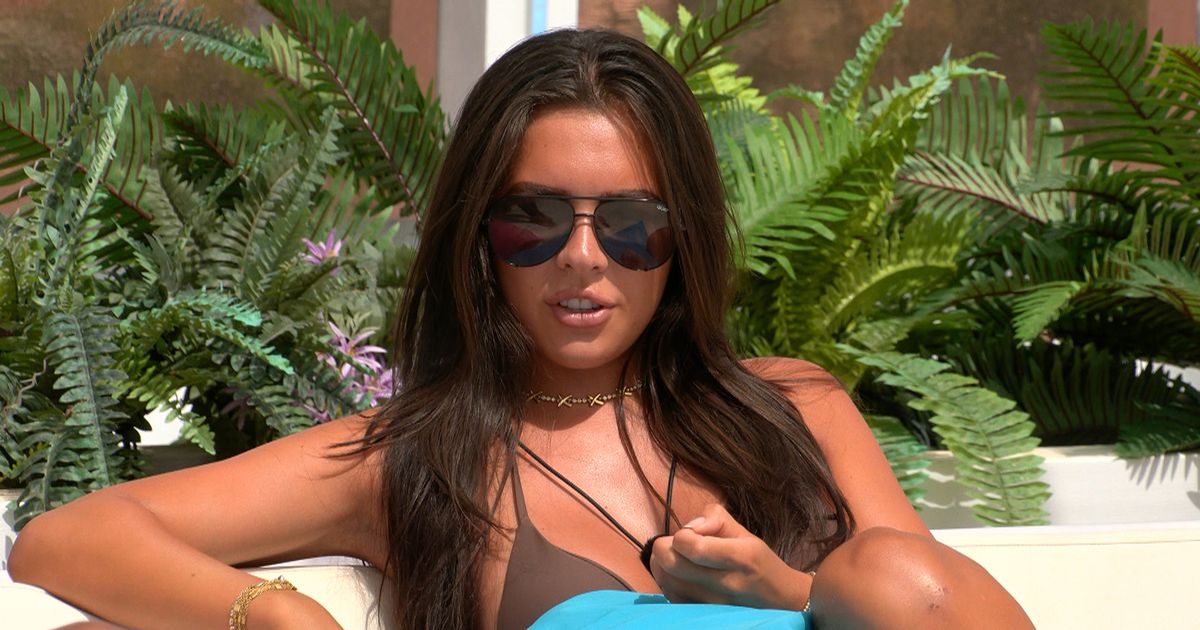 Gemma Owen and Ekin-Su Cülcüloğlu have never seen eye to eye since the bombshell entered the Love Island villa.

The international dressage rider started off partnered with Liam but was quickly stolen by Davide, as the pair started to get to know one another. Then bombshell Ekin-Su arrived and chaos ensued as she bonded with Davide.

Meanwhile, Gemma was getting close to Luca Bish – and now the pair are stronger than ever and seem both to be quite committed to one another, which only spells trouble ahead.

Except, Ekin-Su has seemingly caused a fraction in their relationship and the pair get involved in a heated row during tonight’s show.

Ekin-Su immediately tells Jacques what was said, knowing it’ll get back to Luca
(

Showing off his party trick, Dami decides to try and read Gemma’s mind about her thoughts re Luca and the villa.

“You’re happy with Luca right now. I feel like it would take a lot for your head to turn but there is a small chance that it probably could if someone really came in that was 100% you. I feel like that is where the confusion would probably come for you because we’re not here to play games. I feel like you’re still open in a sense, probably more open than Luca,” he says

Gemma then agreed, adding: “Yeah, that was quite impressive. I don’t think you’re that far wrong.”

However, Ekin-Su – who was also present to hear the reading – ignores Dami’s pleas for the conversation to be kept quiet and he heads over to tell Paige and Jacques exactly what has been said.

From Jacques, Luca then finds out and in a first look from tonight’s show, the villa erupts into chaos as Gemma confronts Ekin-Su for her comment and a huge blazing row ensues.

Is there trouble in paradise for Gemma and Luca?
(

“You have started this, you’ve made drama over nothing!” Gemma tells her, “You had no right to say that and knew that was going to cause s***,” as Ekin-Su insists it’s not a big deal.

Fuming, Gemma shouts at Ekin-Su, who seems rather nonchalant about it all, as a panicked Luca looks on.

But where does that leave Gemma and Luca? Is their romance on the rocks?

Love Island, tonight at 9pm on ITV2 and ITV Hub. Episodes are available the following morning on BritBox.