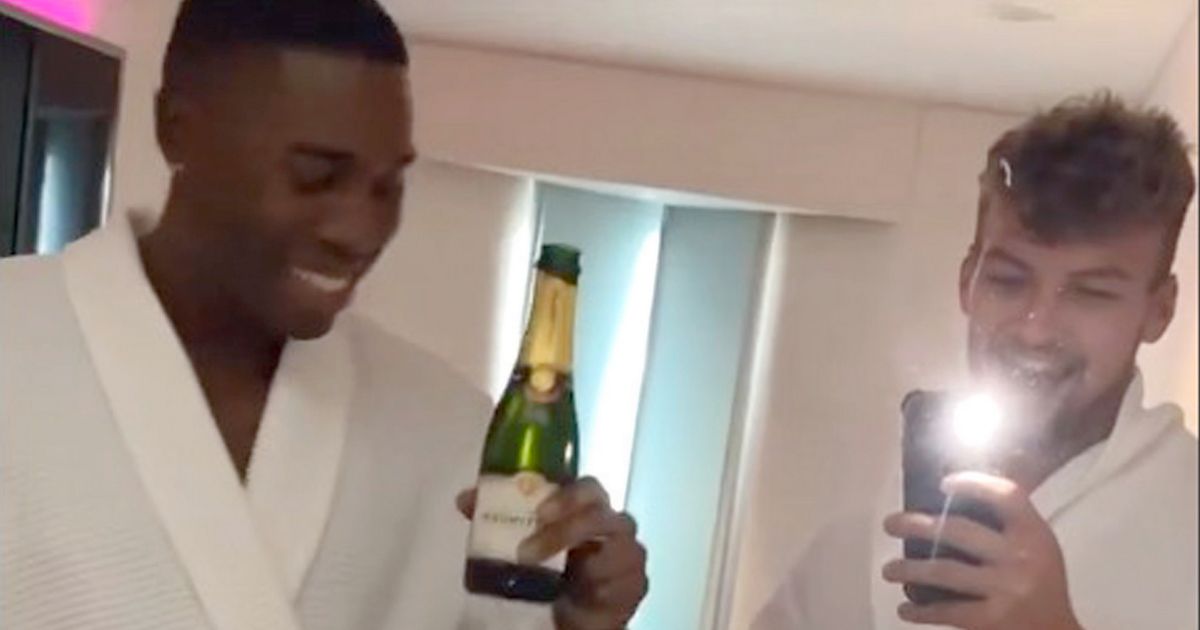 That’s a wrap for this year’s Love Island and the previously voted off stars made sure they celebrated in style.

Some of those who didn’t make the final swapped the luxury of the villa for a swanky London hotel.

The former housemates showed off their stunning London hotel rooms for the night courtesy of ITV before setting up camp to watch the final scenes live on a big screen with a selection of fans.

Sharon, 25, and Aaron, 24, both showed off their spacious London abode for the night with the Oxford beauty rocking a ravishing pink dress, while Aaron strutted his stuff in a bath robe as he welcomed Hugo, 25, to his crib for the night after struggling to turn the lights on.

Hugo showed his followers his room for the night
(

Sharon showed off her dress in her bedroom mirror
(

Sharon and Aaron both showed off the personal touches left by the crew for their overnight stay, including the message “you’re a VIP, hun” penned on the bathroom mirror.

Hugo, pretending he was showing off his home MTV Cribs style, filmed himself as he joined Aaron for a pre-part glass of Prosecco.

As he panned the room with his camera, he said: “What’s up guys, so yeah, here in London tonight watching the Love Island final.

“ITV have put us up which is really nice of them and yeah, I’m really looking forward to meeting a load of the guests we have tonight and chilling with some of the super fans.”

It was then time to make their way to the bar to meet fellow islander Abigail, 27, and to let the Prosecco flow.

While Sharon showed a clinking of glasses with Abi, Hugo’s story flicked to Aaron dressed up smart in a dazzling white shirt as a DJ in the background gets rowdy with the crowd.

The former Love Islanders with Made In Chelsea’s Sam
(

Hugo was clearly enjoying himself at the fancy shindig
(

Sharon then shared a cheers to the class of 2021 as more booze continued to be poured, while guests at the party showcased the former islanders getting their dance on.

The host for the night was Made In Chelsea’s Sam Thompson who openly admitted to trainee teacher Hugo that he was rooting for Chloe Burrows and Toby Aromolaran to win the £50,000.

Instead, Millie Court and Liam Reardon won – and split – the cash pot, much to the delight of Hugo who said the pair “defo deserved” the title as they were the “most normal natural couple this year”.

The announcement was met with loud screams and cheers at the party before the guests readied themselves to dance into the night.