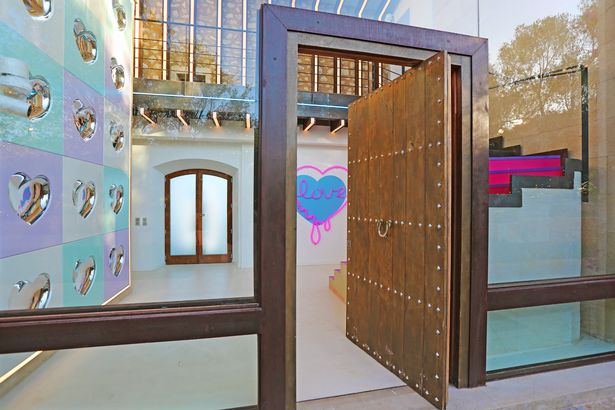 An intruder in the villa sent Love Island stars into a lockdown of their own on Tuesday night.

His stunt sent producers into a frenzy as they locked the contestants inside two panic rooms.

One group was locked down in a ground-floor bedroom with the prankster nearby, while others were sent into an upstairs dressing room.

Omer even managed to sit where the contestants talk to the cameras before security threw him out and detained him until police arrived.

He says he spent about two minutes inside the luxury villa and told The Sun : “I tried to get into the bedroom to speak to them. I just wanted one of the girls’ numbers, that’s all.”

He admitted his first attempt to break in was foiled when security spotted them, but he acted as though he was a tourist taking pictures to avoid further action.

He went back the next day dressed all in black to make his move once more.

“We started climbing up through the bushes, which were planted to really badly cut anyone who goes through them,” he revealed.

“We heard security looking for us so we froze. Eventually they went away and we kept going.”

When he was caught and held, Omer said he was made to strip naked as security looked for his memory card.

But, when they failed to find it, he said they “just let me go”.

The incident has meant the show has had to up its security measures in a bid to stop any further breaches.