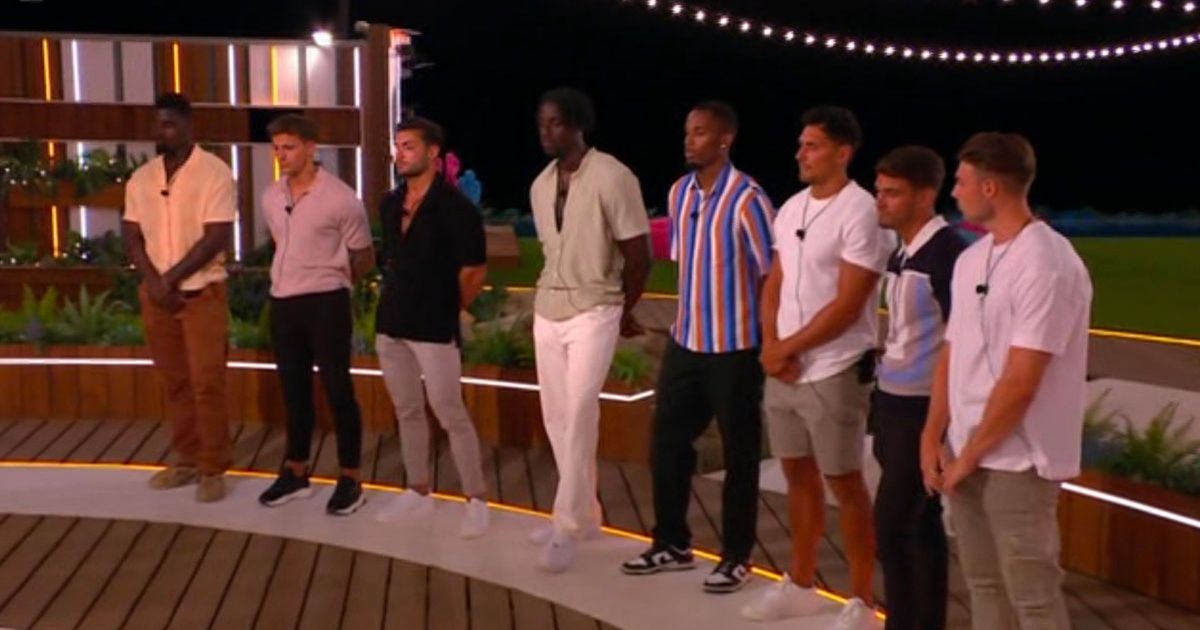 Davide Sanclimenti is one of the boys at risk of being dumped, as it was announced via text that the girls would be picking their partners in the shock recoupling during Friday night’s Love Island

Love Island fans brace themselves for a dramatic recoupling

Love Island fans have predicted who has left the villa after a brutal dumping, which has left Italian stallion Davide Sanclimenti at risk.

The 27-year-old businessman is one of the boys in the villa who is most likely to be getting the taxi to the airport, after it was announced to the stunned Islanders that there would be a shock dumping during Friday night’s episode.

Hours after the arrival of bombshell Danica, who has her sights set on Luca and Jacques, Tasha got a text revealing that the girls would be picking who to couple up with.

They were gobsmacked when another text told them to gather around the firepit immediately, as the recoupling was happening within minutes, leaving Danica shocked.

The text told everyone to gather around the firepit immediately
(

Just the day before, Ekin-Su and Davide called it quits after he discovered she had been meeting up with newcomer Jay Younger for secret trysts on the balcony, meaning the Italian hunk is newly single.

Fans are concerned this means that Davide is the most at risk, along with Remi.

“I’ll be raging if Davide gets dumped,” one fumed.

“ive got a feeling davide is gonna be dumped,” another suggested, as one pleaded: “Davide can’t be dumped. I refuse.”

“I will actually cry if Davide gets dumped now…” one fan added.

One viewer suggested that Ekin-Su will pick last, leaving her to choose between Jay and Davide.

“Ekin-su will be last to pick and the boy she doesn’t pick will be dumped I’m calling it,” they tweeted.

“my prediction: #davide will be dumped from the island on Monday night. #danica gonna choose jacques!” another agreed.

However, some viewers think it will be Remi who will be dumped from the villa, as he’s failed to hit it off with any of the girls, and is currently pining after Indiyah.

“Remi about to get dumped,” one quipped.

“the boy not picked will be dumped? LOOOOOOOL Remi pack your bagssss oya oya oya be going,” another joked.

“how i think the recoupling is gonna go – Dakina is gonna pick Jay to show her dominance – Ekin-Su is gonna pick Davide for brownie points – Everyone else is gonna stay the same – Remi is dumped from the villa,” one viewer speculated.

“remi will be dumped,” another agreed, as one suggested Davide and Danica will couple up and Remi will be leaving the villa because “he’s not connecting with anyone”.

“I think Remi will get dumped because Indiyah will definitely pick Ikenna,” one speculated.