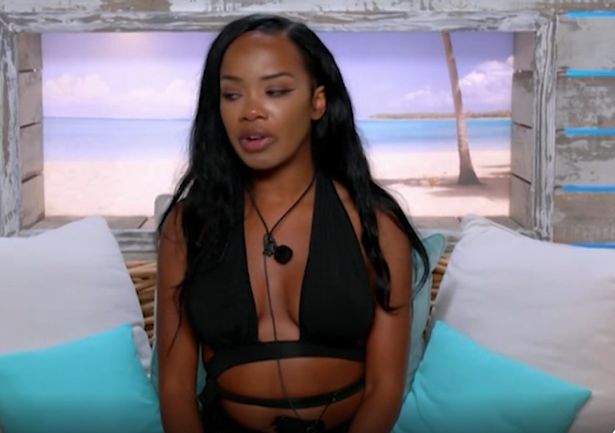 Love Island fans were furious at Brad this evening as he managed to make Rachel cry just hours after she picked him over Chuggs at the recoupling.

Despite Brad initially insisting that he was attracted to Rachel – and that she was exactly his type – his attitude seemed to shift the next day.

As he and Rachel sat for a chat afterwards, Brad said that he would give her a “nine out of 10” for looks but that there was “room for improvement”.

The next day, things got even worse as they sat down for brunch and he suggested that they would be open to meeting other people.

“He said ‘You should really consider cracking on with some other people’ […] why would you say that?”

She added that she felt Brad was pushing her away now that he had his place in the villa.

And viewers were seething with rage, with one tweeting: “Guys, Rachel isn’t crying over Brad. She’s crying because Brad took her for a d***head lol. He literally used her, on TV and she can’t get him set. Me too I would cry. #LoveIsland.”

While another commented: “see how Brads moving cocky now Rachel picked him… Rachel we tried to warn you.”

A third wrote: “RACHEL, YOU ARE THE BADDEST B IN THE VILLA. DONT LET THIS MAN BREAK YOU #LoveIsland.”

“No but can we deep the level of dramatics Brad did. The moment Rachel walked in the villa he was puffing up his face and panting like it was love at first sight. Now he is dashing her the second he’s safe. I’m scared! #LoveIsland,” another pointed out.