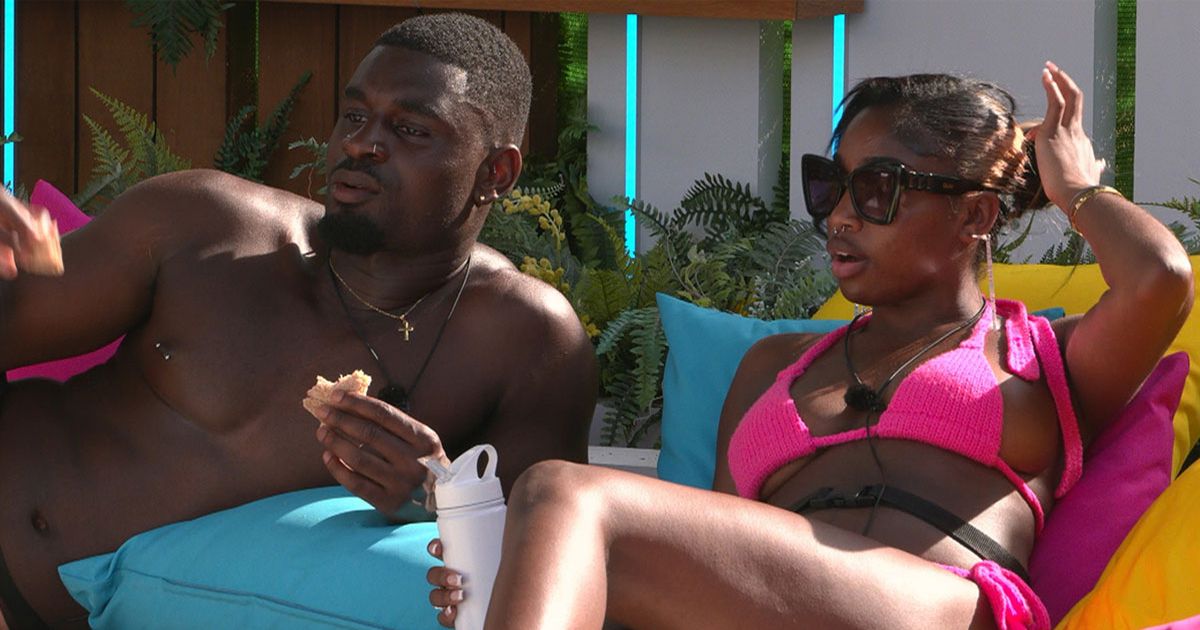 Love Island fans have got a sneaky suspicion that one dumped contestant could be jetting back to Spain this weekend for an explosive return.

At the end of Friday night’s episode of the ITV2 show, viewers saw a teaser clip of Dami and Indiyah heading out on a romantic date – in scenes that will air on Sunday.

The pair’s coupling up comes after their former partners, Amber and Ikenna, were dumped from the Spanish villa earlier this week.

Dami and Indiyah wasted no time in getting together and enjoyed a cheeky snog just hours after Amber and Ikenna were sent packing.

Love Island’s Dami and Indiyah are now an official couple
(

In the teaser trailer, the pair are seen enjoying another kiss as they gush about their connection with one another, describing it as ‘perfect’.

But some viewers are feeling a tad suspicious and reckon it might not be all hearts and flowers for Dami and Indiyah.

Taking to Reddit, some fans began to speculate that producers could be preparing to bring Amber, 24, back to Spain to gate-crash their date.

One person wrote: “This Dami and Indiyah date on Sunday seems too perfect,” before adding: “Is Amber still in London?”

The Reddit user shared a snap of former Love Island season two stars Malin Andersson and Terry Walsh – who had a brutal confrontation back in 2016.

Love Island bosses decided to bring Malin back for an epic showdown with Terry after he got involved with Emma Woodham – so it wouldn’t be the first time that they’ve done this.

Viewers were rather excited at the thought of Amber strolling back in, as one person commented: “Yes, this season really has been giving series two vibes to me,” as another said: “OMG imagine. I’d faint.”

“It would be amazing drama,” a third person added, as a fourth wrote: “It’s because they want to talk about it on Aftersun with Amber & Ikenna.”