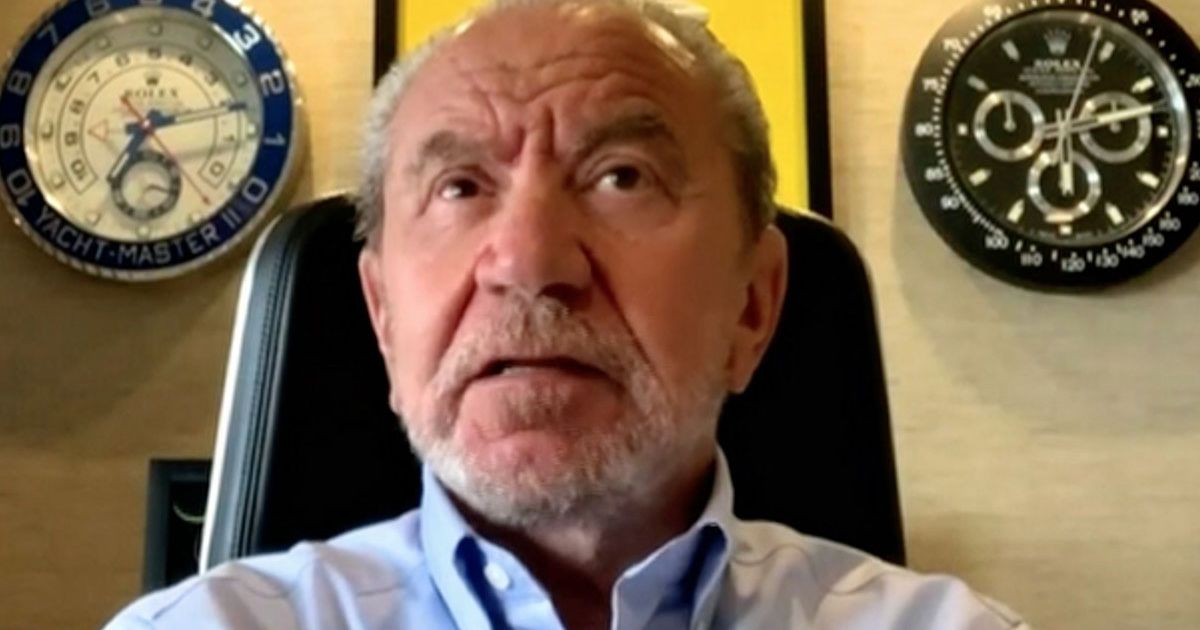 Lord Sugar says The Apprentice are under a lot of pressure

Lord Alan Sugar has defended The Apprentice candidates after critics called them “idiots”.

The BBC One show’s contestants are regularly ridiculed by viewers at home for the bad decisions they make on the programme, but Lord Sugar has hit back at their critics, admitting the candidates are under a lot of pressure.

A new set of 16 ambitious entrepreneurs will be competing to win the BBC One show and a £250,000 cash injection into their business from Lord Sugar.

But the businessman has slammed those who criticise the candidates, saying there’s no way they’d do any better, as he quipped they’d “drop dead” within five minutes in the boardroom.

Speaking on The One Show, he said: “We’ve been on air for 16 years and I know my most frequently asked question is why don’t these people learn? Now, the thing is – they’re under extreme pressure.

“They all want to win, every single one of them wants to win so their brains are all over the place. They’re arguing with each other, everyone tries to one up each other.”

He added: “All I can say is, that all the commentators we see on Twitter, on social media, saying what a bunch of useless idiots.

Lord Sugar appeared on The One Show alongside Tim Campbell

“I’d like to get those people and stick them in my boardroom for half an hour and they will all drop dead I can promise you that. It’s very easy to criticise but there’s a lot of pressure.”

However, Lord Sugar insists things get better for the candidates as the series goes on.

“The good news is – as the time goes by, they learn. That’s the good thing about The Apprentice. Watch it as it’s going through and the cream rises to the top at the end,” he added.

It comes after Lord Sugar insisted no one ever starts the show well but what he finds most annoying is when they don’t improve.

He said: “Every single year the cream rises to the top. Do we know at the start who’s going to win? No. But they learn very quickly. I’ve got no problem with people who are a bit naïve or inexperienced. What I have a problem with is when they don’t pick up.”