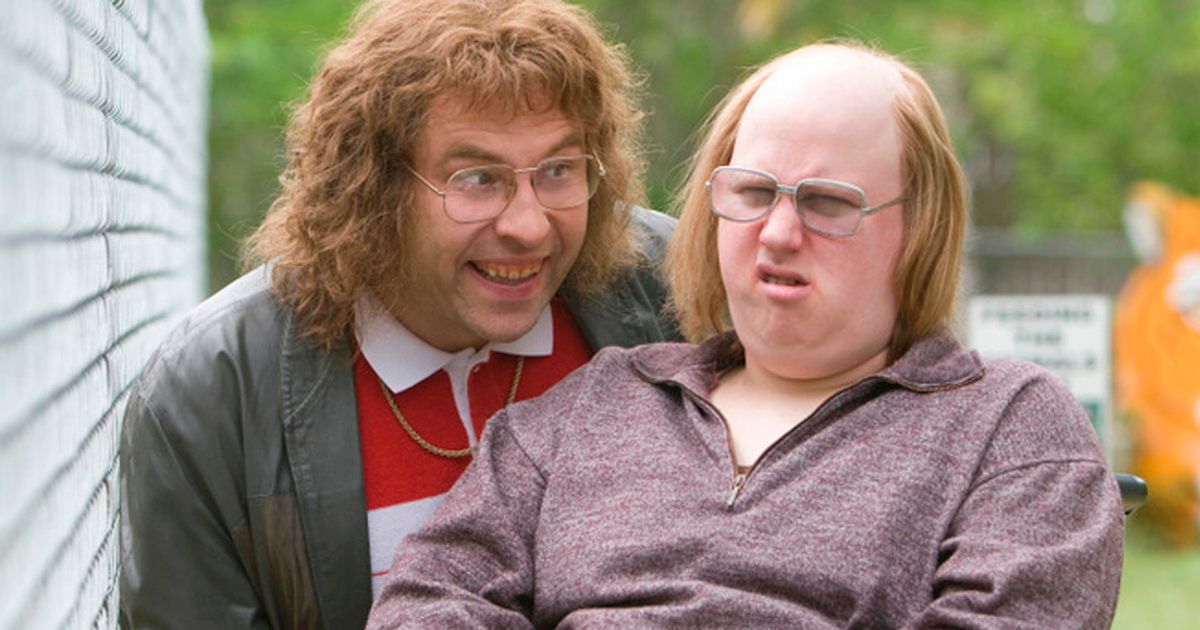 Matt Lucas and David Walliams have apologised for their use of blackface in Little Britain, and have now removed some black characters from the series

Little Britain is finally back on the BBC iPlayer after a number of edits to “better reflect the cultural landscape” of today.

It had faced criticism over using blackface in some of the sketches, especially in the wake of the Black Lives Matter protests.

BBC, as well as Netflix and BritBox, took the decision to remove the programme following a backlash.

But after Lucas and Walliams made a number of edits to the sketch show – including the removal of black characters – it is now available to watch again.

One of the characters who has been edited out of the show is overweight black woman Desiree DeVere.

David donned a black make-up and a large afro wig to play Desiree, which didn’t go down well with modern audiences.

Matt also used blackface to play Pastor Jesse King, who said he was “from the ghetto” and spoke in tongues to cure the sick. While in another sketch he portrayed ‘portly Thai bride’ Ting Tong.

Popular Little Britain characters which remain in the show include Vicky Pollard, Emily Howard and Lou and Andy.

Characters Lou and Andy have also survived the edits
(

A statement from the BBC said: “Little Britain has been made available to fans on BBC iPlayer following edits made to the series by Matt and David that better reflect the changes in the cultural landscape over the last 20 years since the show was first made.”

Both Matt and David have previously apologised for their use of blackface on the show.

In a joint statement on Twitter in June 2020, the pair said: “David and I have both spoken publicly in recent years of our regret that we played characters of other races. Once again we want to make it clear that it was wrong; we are very sorry.”

Little Britain began as a radio programme in 2000 before running as a TV series on the BBC between 2003 and 2007, launching their respective careers.

Since the show David has found fame as a judge on Britain’s Got Talent, alongside Amanda Holden and Simon Cowell.

He is also a best-selling children’s author after his books, such as Gangster Granny and Mr Stink, went on to sell over 37 million copies worldwide.

Fans can still see Florence and Emily on BBC iPlayer
(

Matt has appeared in Dr Who, Bridesmaids, Paddington, Gnomeo and Juliet and Tim Burton’s Alice in Wonderland films, among others. He also fulfilled a lifelong dream by landing a starring role Les Misérables in the West End.

Since 2020, he has been the host of Channel 4 ’s The Great British Bake Off after taking over from Sandi Toksvig.

Matt has previously said he has regrets about Little Britain, describing the comedy as “cruel”.

In 2017, he told The Big Issue : “If I could go back and do Little Britain again I wouldn’t make those jokes about transvestites. I wouldn’t play black characters.

“Basically, I wouldn’t make that show now. It would upset people. We made a more cruel kind of comedy that I’d do now.”