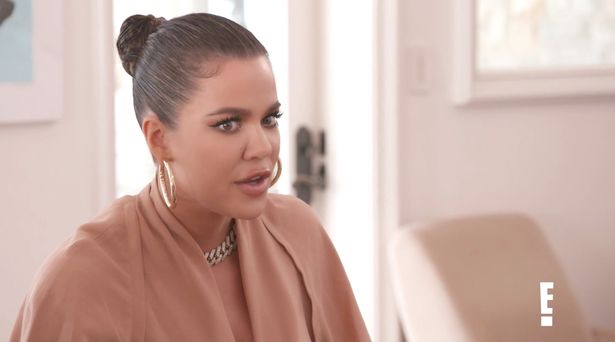 Khloe Kardashian came up with a cunning way to rid little sister Kendall Jenner of her ‘baby fever’.

In a bonus scene from the now-finished Keeping Up With The Kardashians, the 37-year-old can be seen talking to mum Kris Jenner about her fears that baby sis Kendall wants a baby of her own.

Khloe jokes to her mum that Kendall is ready to become a mum.

Khloe clarifies and says: “But she’s around all of us with, like, 100 kids so I get it. And our kids are so damn cute, why wouldn’t you have baby fever?”

To which Kris jokes that she also has baby fever because of all the kids in the family.

She made the confession after saying she has thought about a lot during quarantine. “I’m the only one in my family who doesn’t have a kid,” she said.

While the relationship is serious, Keeping Up With The Kardashians’ executive producer explained why fans of the show hadn’t seen much of her beau.

Speaking as the E! series came to an end after 20 seasons, Farnaj Farjam said: “Kendall’s always had this rule — she just felt like she had to be with someone for at least a year before she lets them be a part of the show, because she doesn’t always know what people’s intentions.”