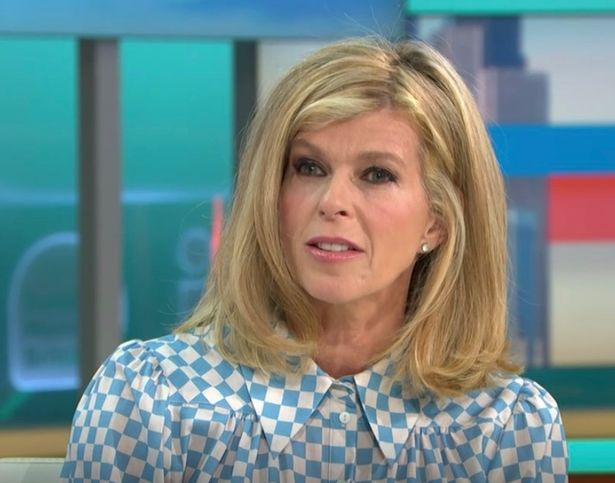 Kate Garraway has revealed her son Billy’s birthday party has been affected by the flooding at home.

The Good Morning Britain presenter revealed on Friday morning to co-host Charlotte Hawkins and weather correspondent Alex Beresford that her home had been hit by flooding as a result of storms in the UK on Monday night.

However, the resulting clearout has resulted in problems for son Billy’s 12th birthday party which was planned to include their paddling pool at the weekend.

“The only problem is that it’s Billy’s birthday tomorrow,” noted Kate.

“Oh you’ve got some good weather which is lovely then,” noted Charlotte.

“Well, that’s exactly what I thought,” Kate went on, “it’s absolutely lovely, we’ve got good weather and it’s going to be a paddling pool party.”

Kate offered an update on Derek’s condition earlier this month on GMB, revealing on July 9: “He’s alright, he’s alright. He’s very up and down, we’re certainly not a long way out of the woods.”

She went on to explain his return to their home: “Not because he was better, no. But being home has meant we’ve seen some things improved.

“Definitely having the family around, having the children around has provided stimulation and I think the problem is you latch on to the positives, which is good because you have to, but there’s absolutely no doubt that there’s huge challenges ahead.”