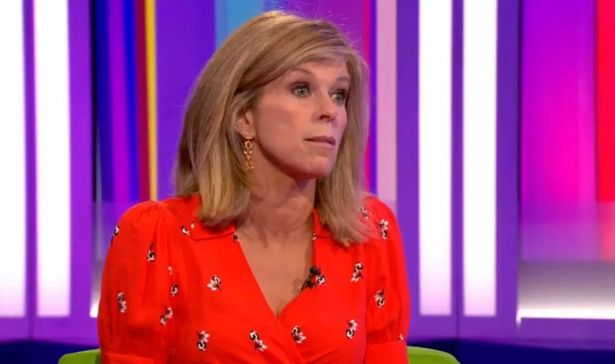 Kate Garraway has given an update on her husband Derek Draper’s health battle and revealed he is “fighting to get out”.

Appearing on The One Show on Thursday, Kate spoke to hosts Alex Jones and Michael Ball about her upcoming ITV documentary called Kate Garraway: Finding Derek.

Referring to her husband’s battle with coronavirus, Kate said: “Derek is an extreme case. What he had is what is called a prolonged disorder of consciousness which means that there is some reaction.”

Derek, 53, contracted Covid in March 2020 and was put into a medically induced coma, and his is officially the longest battle of any Covid survivor.

“It is not like the coma we see in movies where people are lying in a vegetative state. He can open his eyes and before Christmas there was a lot of progress with words and communication and things,” Kate continued.

A harrowing trailer of the upcoming documentary includes a clip of a desperate Kate breaking down in tears with her head in her hands.

As a video of Derek in his hospital bed plays on the screen, Kate, also 53, says: “Derek is the sickest person the team of doctors have treated that has lived.

“Is he going to be able to come back? Or will he be alive but no longer the person he was?” she asks.