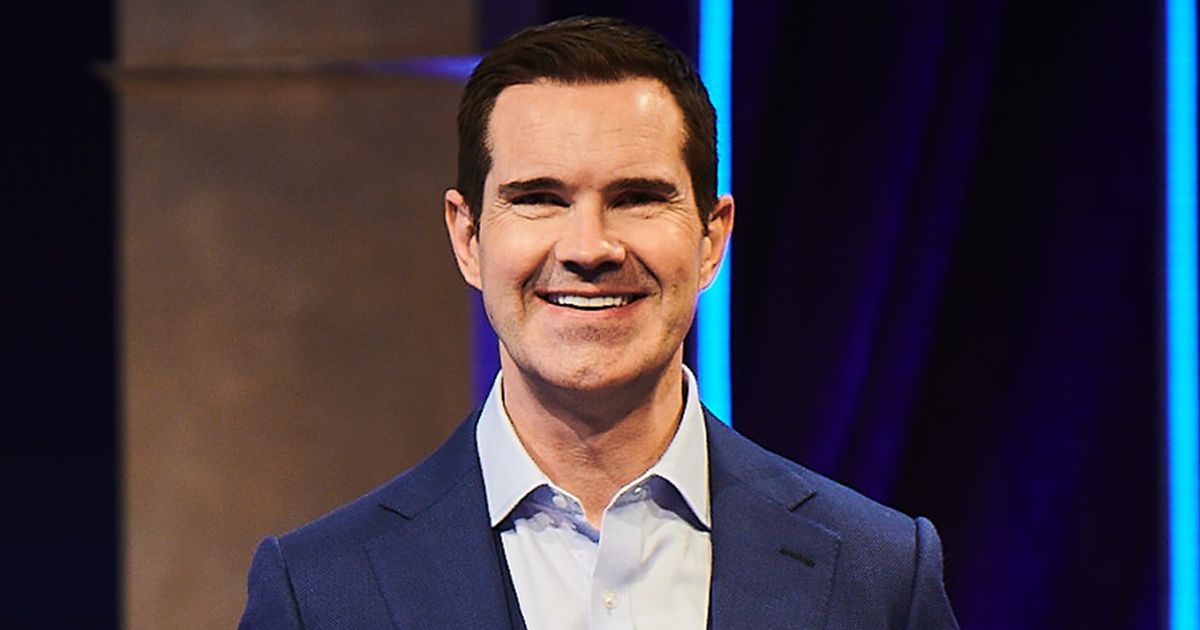 Jimmy Carr felt so bad about a contestant on his new quiz show being robbed of £18,000 that he handed over the money himself.

Sainsbury’s worker Eddy, from Glasgow, was taking on I Literally Just Told You when an epic blunder left him unable to answer one of the questions.

The game sees answers given to contestants throughout the show, so as long as they’ve been paying attention and they have a good enough memory, they should have no problem taking home a cash prize.

But when Eddy was asked Ariana Grande’s age and couldn’t, he lost the £18,000 jackpot and was sent home empty handed.

Jimmy owned up to the blunder
(

It turned out though that while they’d talked about Ariana’s age, they hadn’t actually given Eddy a specific number.

And Jimmy owned up to the mistake and gave Eddy the £18k out of his own pocket.

8 Out Of 10 Cats Jimmy invited Eddy to one of his gigs, inviting him on stage to present him with a giant cheque.

“You lost the money on a question – it was Ariana Grande’s age.

“We talked about her age but we never gave you the specific age so we messed up.

Jimmy gave him the money out of his own pocket
(

Lorraine Kelly, Alex Horne, Aisling Bea and Asim Chaudhry were competing for charities and had won money along the way, but crashing out with nothing.

Nick wrote on Twitter : “So Jimmy Carr’s ‘I literally just told you’ plays off charities against each other to go home with nothing so 3 important charities took part tonight but received no cash at all.

“Only one got money I’m not sure I like playing charities off against each other for entertainment.”

After someone pointed out a similar thing had happened on The Weakest Link, Nick fumed: “Then I’m unhappy with that too – I recently did Catchphrase because the charity gets what you win.”