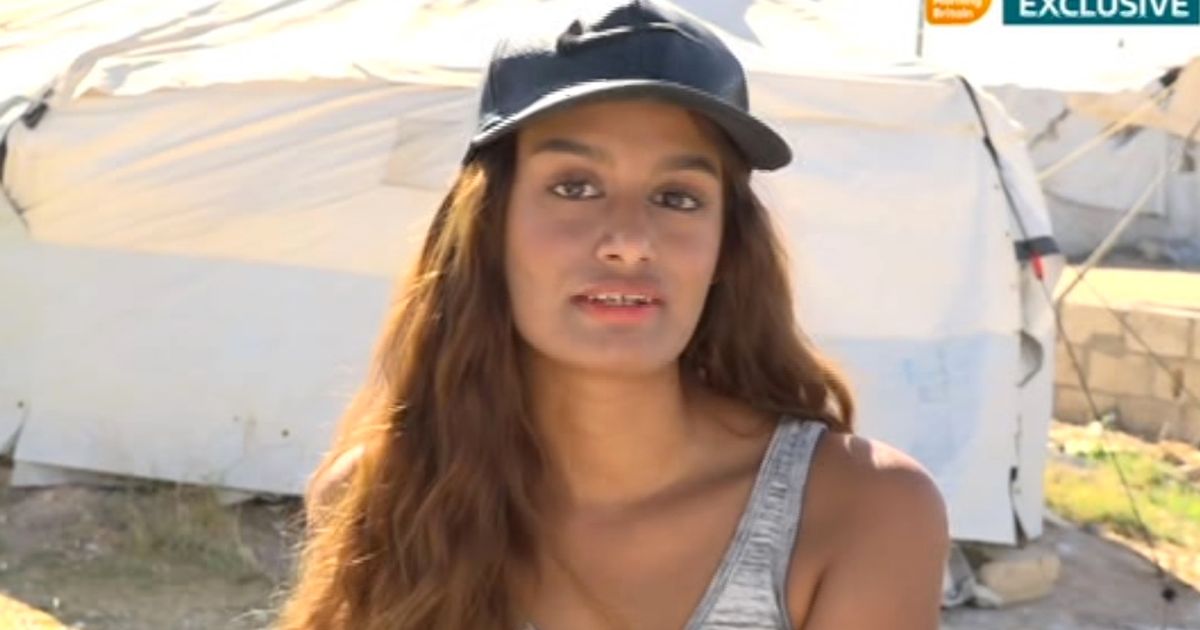 In her first live TV interview, Shamima Begum looked wildly different as she begged to return to the UK.

As she chatted from a Syrian refugee camp to Susanna Reid and Richard Madeley in the studio the now 22-year-old stroked her long hair repeatedly after ditching wearing a hijab in public.

Shamima wore bright orange nail varnish, peach lipstick and groomed eyebrows as she appealed to be let back to the UK.

Explaining her changed appearance, Shamima said said she has not been wearing a hijab for a year now.

“I took it off for myself. I felt very constricted in the hijab. I did not feel myself,” she told the hosts.

Richard asked if her new was simply a ‘PR exercise’ as she hopes to make a return to the UK.

“It’s for myself. It’s for no one but myself,” Shamima replied.

Shamima left the UK at the age of 15 to join Isis in Syria.

In February 2019 the British government revoked her citizenship and ruled that she would never be allowed to return.

As she begged to be let back to the UK on the ITV morning show, Madeley told her there had been an unsympathetic response from viewers who refused to forgive her and called her remorse an ‘act.’

Shamima responded by saying she regrets every decision she has made since she stepped into Syria.

She said she had been groomed as a teen and did not know she was joining a ‘death cult.’

“The only crime I have committed was being dumb enough to join ISIS,” she told the hosts.

Asked whether she had been groomed by Isis, Shamima said: “I think yes, I was groomed and taken advantage of and manipulated into coming.”

“I thought it was an Islamic community that I was joining.

“I was being fed a lot of information on the internet by people in Isis telling me I need to come because I can’t be a good Muslim in the UK.”

She told the hosts: “I knew there was war but not in places women and children were living.

“I thought it would be safe for me. I did not know Isis wanted to take over the world.

Shamima said she is ‘sorry’ for anyone who has been affected by Isis.

“I in no way agree or try to justify what they did.

“It’s not justifiable to kill innocent people in the name of religion. I just want to apologise. I am sorry,” she said from north Syria.

When asked what she will do now, Shamima said there was nothing she could do but wait in the camp and “wallow in my own self pity.”