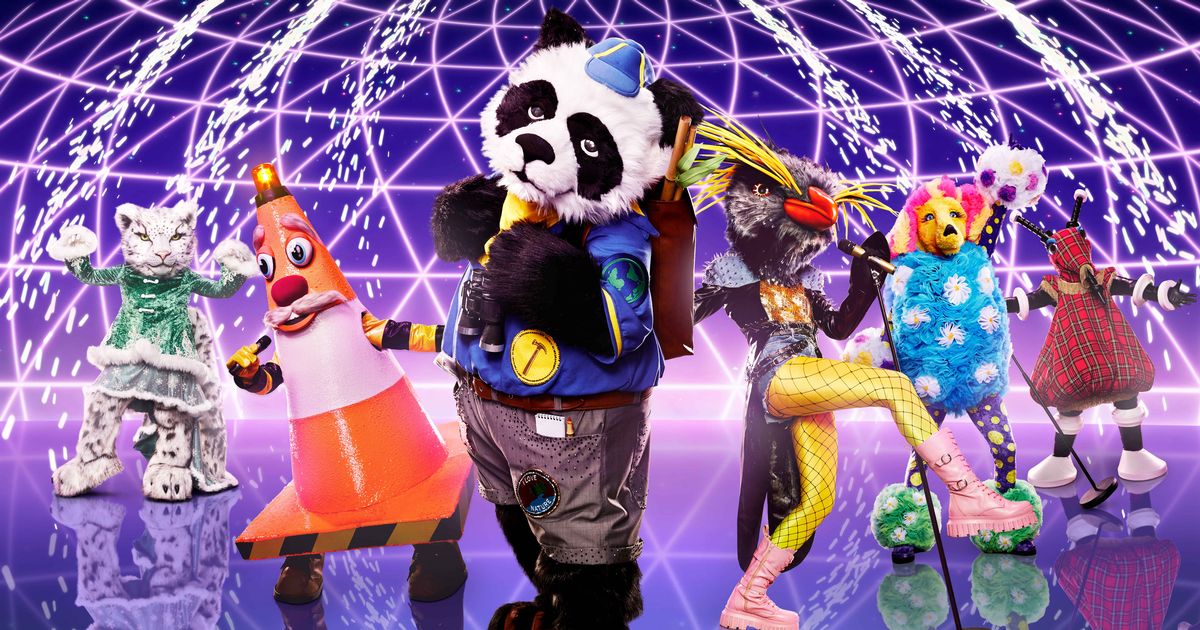 The Masked Singer UK is back for 2022 with a brand new line up. Here we take a look at some of the biggest secrets of the ITV show ahead of its launch this evening

The Masked Singer UK is one of the most secret shows on TV – and it’s back on our screens tonight!

This year, the four panellists will be working to detect the stars behind this year’s costumes including Chandelier, Rockhopper, Panda, Lionfish, Doughnuts, Bagpipes, Poodle, Traffic Cone, Robobunny, Mushroom, Snow Leopard and Firework.

Ahead of the show tonight, we reveal all about the strict backstage rules to keep the celebs’ identities a secret!

Only a few people backstage know the celebrities’ identities.

“I think there’s six people in the production staff who know, and out of a production team of probably 250 people, the fact only six people know,” host Joel Dommett explained how they keep the closely-guarded secret.

“That’s two producers, a clues team person, a makeup person and a costume person and that’s basically it, the only people who know. The level of secrecy is so insane, the way the studio is done is you have all of us in one half of the studio, and the other side of the studio is the preparation for all the characters.”

All the celebrities backstage are asked to wear black t-shirts, visors and gloves to ensure no one can recognise them. The t-shirts have ‘don’t talk to me’ emblazoned on them to ensure their identity is not given away.

Mo explained: “You don’t see. You see that show, when you watch it on the show, the T shirts ‘Don’t talk to me’ – that’s real.

“The set is huge. I got in the car, the driver was instructed he can’t talk to me. I cannot talk to you, I’m not allowed. There’s a gate. There’s another gate with huge security guards. This happened every single day.”

There is a vocal booth backstage, where the celebrities train and it is soundproofed, the blinds are shut and people outside of it are unable to hear a thing, further keeping their identity a secret.

Former contestant Denise van Outen went one step further and even disguised her walk backstage so she wouldn’t be found out.

The actress – who appeared on a previous series as the Fox – shared: “Even when I was walking or going to get a cup of tea I’d have to try and disguise the way I walk. When we first started, the crew didn’t even know if you were male or female because you’re all dressed identically. You have to completely alter the way you hold your body, the way you stand and sit.”

However, some celebrities went overboard with the secrecy – and even put it on when they left the house.

Rita Ora is back as a panellist on the programme

Derek McLean and Daniel Nettleton, executive producers of the show, explained: “She couldn’t believe it when we told her afterwards she could have just put it on in the car. We were all laughing at the image of her in her helmet at the buffet.”

All celebrities are also forced to sign a contract to confirm they won’t reveal who they are ahead of their unmasking on the show, when they’re booted out of the competition: “It was written into their contracts that they couldn’t tell anyone, even their families, what was going on. In the end they were as worried about their secret getting out as we were.”

Show bosses also go one step further to keep the secret from getting out before the show airs on television.

Doughnuts is a new character on this year’s series
(

The panellists have been teasing the upcoming show and Jonathan says there’s a “couple of real surprises” in store.

“There’s a couple of real surprises. One person who disguised their voice so much, because their voice is normally so distinctive, that we didn’t get it,” Jonathan shared, “And there’s another person who is, shall we say, I think probably the oldest person we’ve had on the show so far and I managed to guess that person correctly.”

*The Masked Singer airs from 1st January at 7pm on ITV and ITV Hub.

The Masked Singer 2022: First clues revealed as 12 stars get into costume for new series