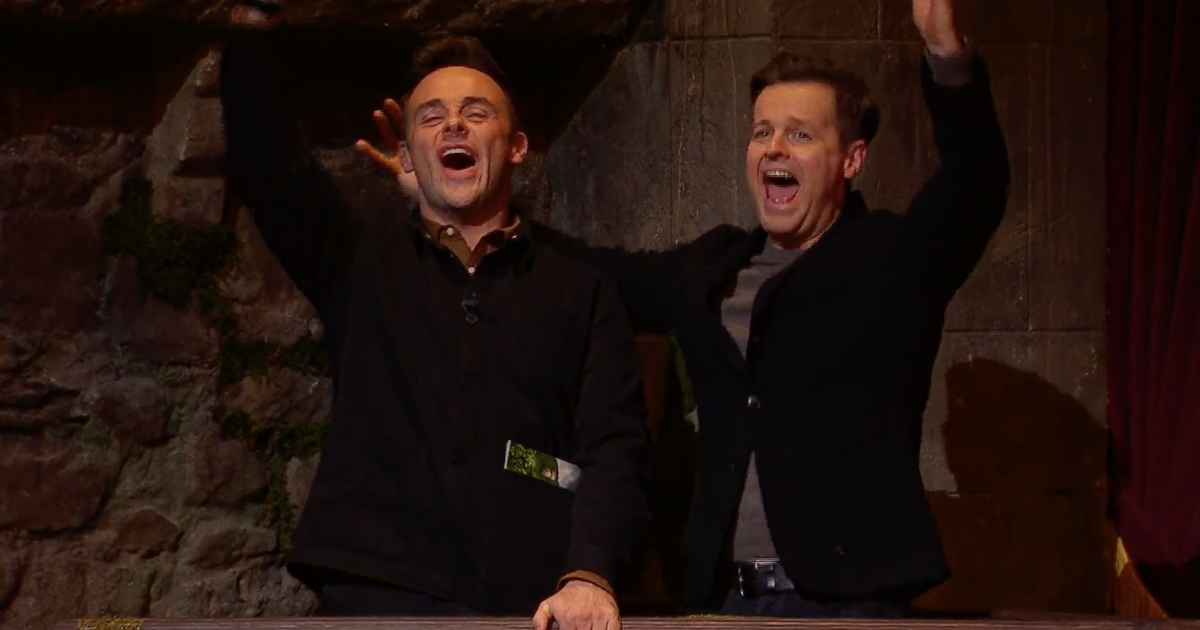 David Ginola is almost knocked flying off of a moving runway during the latest I’m A Celebrity challenge.

The former professional footballer is dressed in his normal castle camp gear with the addition of a helmet, with a clear plastic bowl attached to it at the top.

He and Emmerdale star Danny Miller take on the trial together, with hosts Ant and Dec watching in the wings.

All three cheer David on, as he attempts the task which requires him to fill the bowl with liquid, before rushing to the end of a moving walkway to pour the contents out into a wall.

But obstacles including fast-moving giant logs, which swing from side to side, soon threaten his success.

The moving floor itself is moving at quite a speed, so sportsman David risks falling over as he moves to avoid the incoming logs.

In a clip released by ITV, Danny, Ant and Dec scream out to David as he races along the track, spilling a lot of the contents of the bowl as he does.

As he gets towards the end before making it all the way, Ant and Dec can be heard screaming and squealing with excitement.

When David manages to pour out some of the liquid, they congratulate him before chanting: “Ginola, Ginola, Ginola,” with Danny soon joining in.

Unfortunately for the hosts they get rejected by David, who fails to notice their attempts for a high-five as he walks past.

Due to social distancing measures this wouldn’t have been allowed anyway.

It’s not yet clear what else goes on in the trial, titled Drawbridge Over Troubled Water, or how many stars and meals they secure for camp.

Viewers will have to tune into the show on Thursday night to find out, and see what else goes on with the pair.