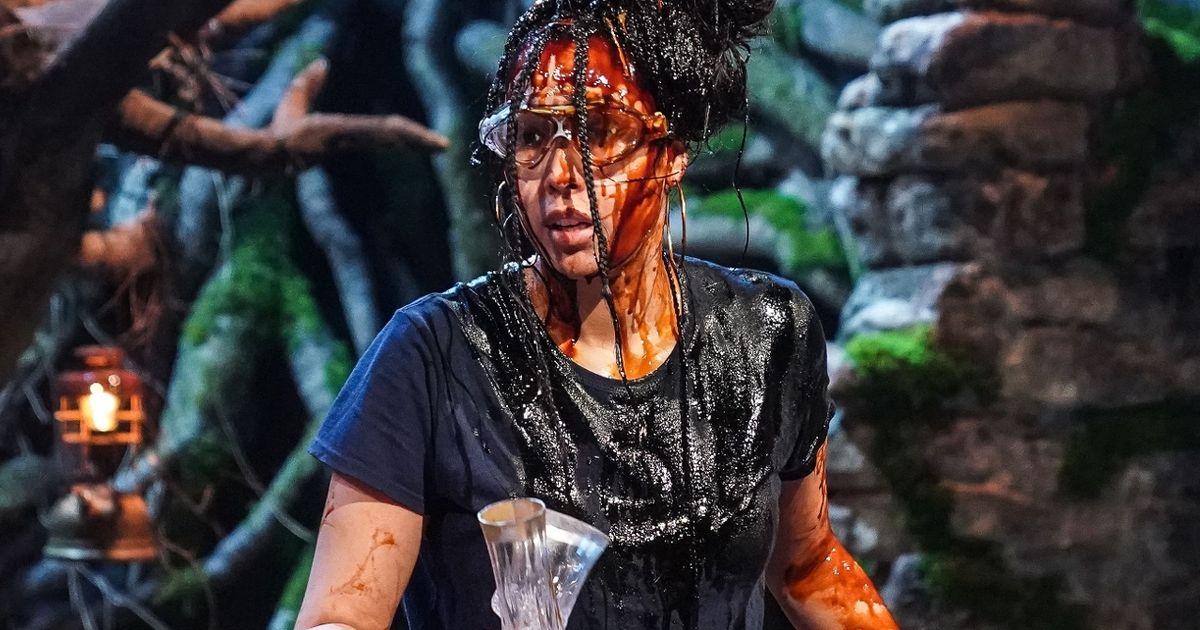 I’m A Celebrity… Get Me Out Of Here! star Snoochie Shy had slime dumped on her head during a trial

I’m A Celebrity… Get Me Out Of Here! fans were confused when they spotted Snoochie Shy looking fresh and clean after the slime trial.

The 29-year-old had buckets of thick brown slime dumped over her head as she and campmates Matty Lee and Danny Miller attempted to win treats for their friends.

Snoochie, Matty and Danny’s goal was to keep three tables balanced with ropes while being covered in slime.

After the trial, viewers witnessed the Radio 1XTRA DJ unplaiting her long braids leaving viewers confused at what facilities she used.

The campmates are only given basic washing facilities at the main camp in Gwrych Castle.

Viewers took to social media to post about their confusion.

She had slime dumped on her head
(

“It’s gonna take Snoochie 40 days and 40 nights to get that slime out her braids,” a user commented.

“There is no way they don’t have proper showers after these tasks, Snoochie would never get that molasses out of her hair using that piddly shower #ImACeleb,” one person said.

Another questioned: “How come the celebs are coming back from trials clean this year?

“I’m certain they always used to come back covered in bugs and guts and then got a wash at camp.”

It comes as the celebrity campmates were evacuated from the campsite due to the storm.

ITV bosses confirmed they don’t know when the ITV series will be returning amid fears the show might get cancelled.

Viewers wondered what shower she used to come out so clean
(

The survival reality series hasn’t aired all weekend (November 27 and 28) after the set was badly damaged due to the poor weather conditions.

Even the show’s hosts Ant McPartlin and Declan Donnelly don’t know when it will be safe again for the cast and crew to return to Gwrych Castle in North Wales.

A spokesperson for ITV said: “This is an ongoing live situation and we’re taking each day as it comes and working round the clock.

“Our priority is safely getting the whole site back up and running which means the show is back on air in the quickest time possible.

“We’re currently not in a position to confirm when we’ll be back on air but we’ll absolutely keep you posted when we get more updates.”

The last episode – which was pre-recorded – was aired on Friday.