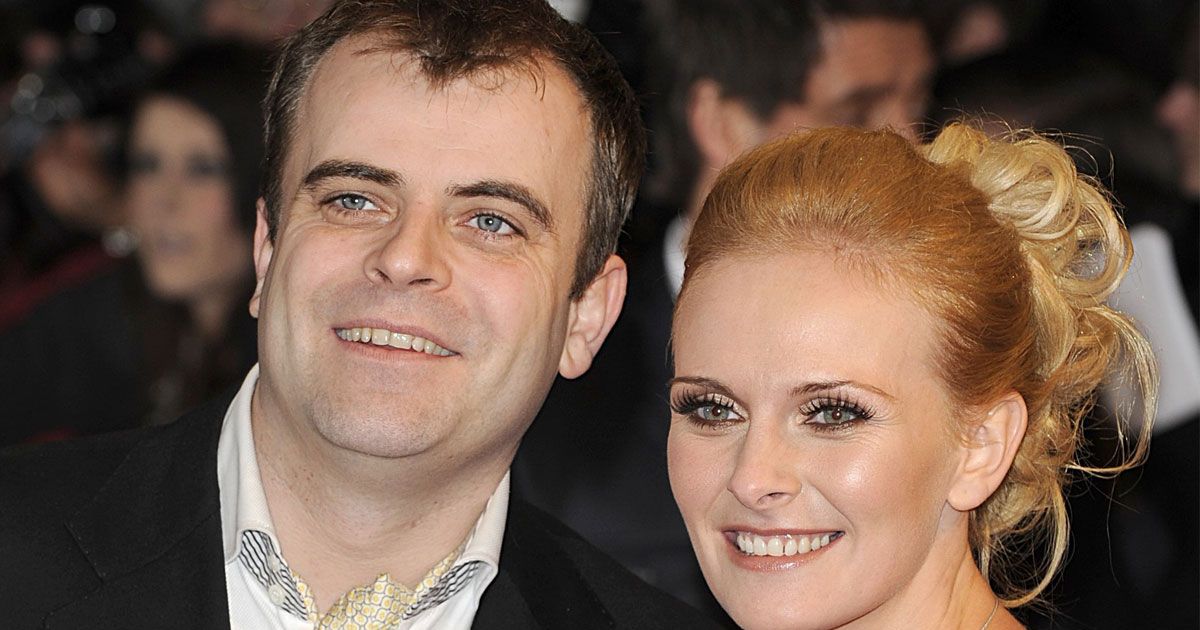 Simon Gregson is very concerned that I’m A Celebrity viewers will think he’s exactly the same as Steve McDonald.

The legendary 47-year-old actor has played the hapless character for more than three decades, having been cast as one of the McDonald family’s teenage twin sons at the age of just 15.

“I think it will be nice for people who are fans of the show to see a different side,” he told the Mirror ahead of entering Gwrych Castle.

Simon got the job because his classmate, Nicholas Cochrane, was chosen to play Andy McDonald and they needed someone else who was the same heigh, build and hair colour to be his twin brother.

As the only member of the class in their Stockport school fitting the criteria, Simon got an interview alongside Nicholas and they both secured the roles.

However, Simon Gregson isn’t his birth name as he was forced to make a slight change.

The actor was actually born Simon Alan Gregory, but had to use the stage name once he was old enough to join the British Actors’ Equity Association because their was already another person with his birth name.

While playing unlucky-in-love Steve, Simon has been part of some major storylines, including affairs, still birth, the death of his son and the discovery of his long lost daughter.

But Steve is most renowned for the staggering amount of weddings he has been involved in, having been married a whopping seven times to five different women.

In real life, the actor has only walked down the aisle once when he married wife Emma Gleave in 2010.

He previously confessed that he’s had so many big days over his three decades in the show that he feared his own would “feel like work”.

“The one thing I was concerned about was once you have filmed a wedding so many times and said those vows so many times I was worried that my own wedding might not feel real and might feel like I was working,” explained the actor last year.

“In fact when we were looking for venues we found a nice one and then they told us it was where Roy and Hayley had got married, so that venue was out because that would have felt like work!

“But I soon realised that pretend emotions and real emotions are very different and my own wedding day was wonderful.”

Simon and Emma have three sons
(

Admitting his character is a “bit of an idiot”, Simon hopes Steve will never marry again and only walk down the aisle to give away daughters Emma and Amy.

“At the time he thinks ‘this is the best thing ever, let’s get married’ – but that never really works out,” said the actor.

“He is the Henry VIII of soap – he’s has been railroaded into marriage a couple of times but as daft as he is, his heart is in the right place so he has always done it with the best intentions.”

Simon and Emma, who have three sons together, certainly don’t have the rocky relationship that Steve and Tracy do.

The Corrie favourite has been asked many times to take part in I’m A Celeb, so he eventually gave in to his wife and kids pestering him to take part.

“The kids every year have said, ‘Do the show, do the show’ and I just couldn’t put up with that chant any more,” he said. “So I went, ‘Right, I’ll do the show!’

Emma always has her husband’s back
(

Loving wife Emma is always on hand to stand up for her husband and it once resulted in a clash with one of his Corrie co-stars.

In August last year, Emma had a spat on Twitter with Sally Ann Matthews, who plays Jenny Bradley on the cobbles, over whether stars should charge for autographs.

Sally argued fans should not be charged for autographs or have to pay for video messages, which was a bit awkward as Simon charges £30 a pop.

She said: “We do them [autographs] for free. You should never pay for an autograph (or a video message come to that) x.”

Cleary assuming Sally’s comments were aimed at Simon, Emma made a cutting comment laced with sarcasm about co-stars supporting each other.

Simon is hoping to be king of the castle
(

Every contestant that comes out of I’m A Celebrity ends up losing a drastic amount of weight due to the lack of food on offer.

Simon, who has called himself “fat”, is hopping a diet of rice and beans will help him lose some of the timber he’s put on during lockdown.

Simon had planned to lower his food intake, spend time in the gym and shift his sleep pattern to fit with the late filming schedule of the show during his two weeks in isolation.

But he ended up spending his final few days in luxury “eating pies and enjoying life to its full”.

“It is a bit of a hard schlep to do because of course the food isn’t great – rice and beans all the time,” he told The Sun.

“But for me it’s a bonus. I desperately need to lose weight so I’m looking at it like the worst boot camp in the world.”

He added of the challenges: “I just hope there’s not too much physical activity stuff. I used to be very fit, now I’m just very fat. Hopefully I’ll bring something to the table, you never know.”

The soap legend also admitted to the Mirror that he was nervous about people seeing a different side to him.

Simon confessed he is worried he will be a “complete ball of nerves” when he enters camp and won’t be able to show the real version of his personality.

“When you’re doing something like this, if nerves get the better of you, it’s kind of hard to show your true side anyway,” he added.

“So maybe it’s time to relax and tell some stories, so they’ll get to see a different side. But who knows!

“I might be a complete ball of nerves and won’t be able to speak at all!”

Simon is very pleased this year’s series has remained in Wales because “in Australia, everything is designed to kill you”.

“I think Wales is a bit tamer – well, famous last words,” he said as he explained the advice that other Corrie stars had given him ahead of taking part on the show.

“They said it is a bit of a hard [thing] to do because of course the food isn’t great – rice and beans all the time – but for me it’s a bonus because I desperately need to lose weight so I’m kind of looking at it as the worst bootcamp in the world!”

*I’m A Celebrity airs tonight on ITV at 9pm