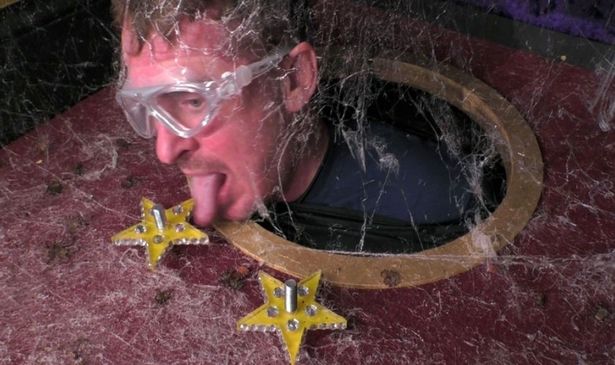 I’m A Celebrity… Get Me Out Of Here! bosses are facing more claims that the show is easier than previous years after it was reported that the Bushtucker Trials are being filmed in a studio.

The ITV show has been hit with ‘fake’ claims since the campmates arrived at Gwrych Castle in North Wales, after travel to the Australian jungle became difficult due to the coronavirus pandemic.

The Sun has now claimed that the the Bushtucker Trials are being filmed in a studio away from the castle, with the campmates having to take a minibus ride to get to them.

It is been alleged that the show’s producers have built a studio area next to the castle, which covered by a huge tent.

They added that while “nothing is off limits” when it comes to what to expect from the trials, they admitted: “Due to the immense ambition of the build, it was impossible to create these within the actual castle so the trials are filmed in a separate structure on site.”

The claim comes a day after it was alleged that producers run through the trial with the campmates, so that they know what to expect and how they can win the stars, which then gives them food for the camp.

An insider said: “Endless trials all resulting in celebrities getting stuck on intricacies such as locks and keys would make people switch off.”