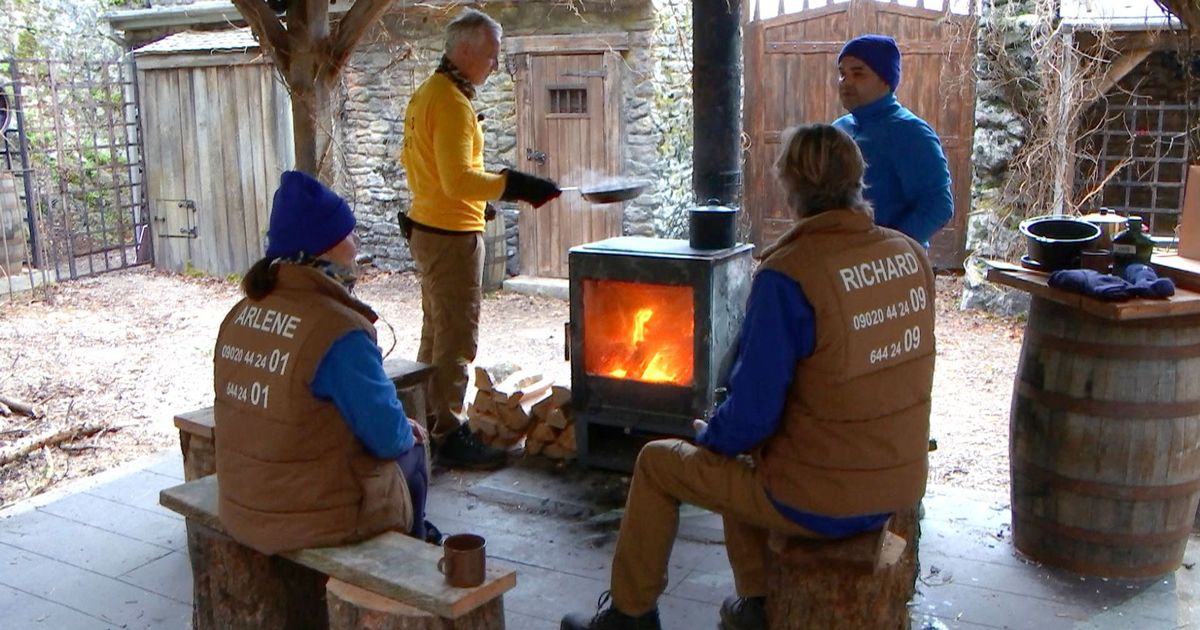 I’m A Celeb: David recalls time he died then came back to life

I’m a Celebrity bosses have been secretly engineering conversations in the camp, it’s claimed.

The stars are reportedly coaxed into asking each other questions about their lives to make the show more interesting for viewers.

It’s said that that the resulting conversations aim to make the series ‘must-see TV’.

A show insider said: “Producers will often get a celebrity to ask one of the others about their life. It’s usually about things they’ve done in their career, other famous people they’ve met or times they’ve faced adversity.

“It means viewers get to find out about the most interesting things they have gone through.

Producers are said to prompt conversations to make ‘must-see TV’
(

“Heart-to-hearts in camp are often the most interesting moments, so it’s vital that they happen. Producers don’t want to leave it to chance.”

It’s not common knowledge to viewers that producers are engineering conversations behind the scenes between campmates, but one industry source told the Star that it was actually common practice.

The Mirror has reached out to ITV for comment.

There seems to be some success to this method, with some of the stars already opening up within the first week of the 2021 series.

Paralympian Kadeena Cox has openly discussed her battle with MS with her campmates.

Ahead of the show, Kadeena had concerns that her disability would force her to sit out of trials, which she confessed had deterred her from appearing on the show earlier.

Kadeena has opened up about her MS

She said: “I didn’t want to be that person that was exempt from loads of trials because I’ve got a disability. I’m the kind of person that’s about what I can do as opposed to what I can’t do. So that was something that I feared.”

It’s reported that ITV producers took her concerns on and are happy to accommodate to her needs so that the star doesn’t “miss out” on any opportunities.

It’s not just Kadeena who has opened up about her health on the show.

Football star David Ginola stunned his camp mates as he opened up about the “miracle” of him surviving a heart attack on the pitch that caused him to “pass away” for 12 minutes.

The conversation was brought about when music producer Naughty Boy asked David: “Is that true about something that happened to you?”

David replied: “You mean what?”

Naughty Boy elaborated: “You died and came back?”

David answered: “Yes, I passed away for 12 minutes.”

Naughty Boy was left shocked, saying: “When you had your heart attack? I didn’t think that was possible.”

David explained: “Just playing football and at one stage you just fall on the floor.

“So they have to perform CPR for 12 minutes and they arrive with the defibrillator and they shocked me one time, two times, three times… they said, ‘I think your friend is dead.’ A fourth, fifth time… the fifth time, they say ‘oh, I hear heartbeat’.

“Yeah… and the surgeon said, ‘You’ve been very lucky David, it’s a miracle. Because in your condition 9 out of 10 would have died.’”