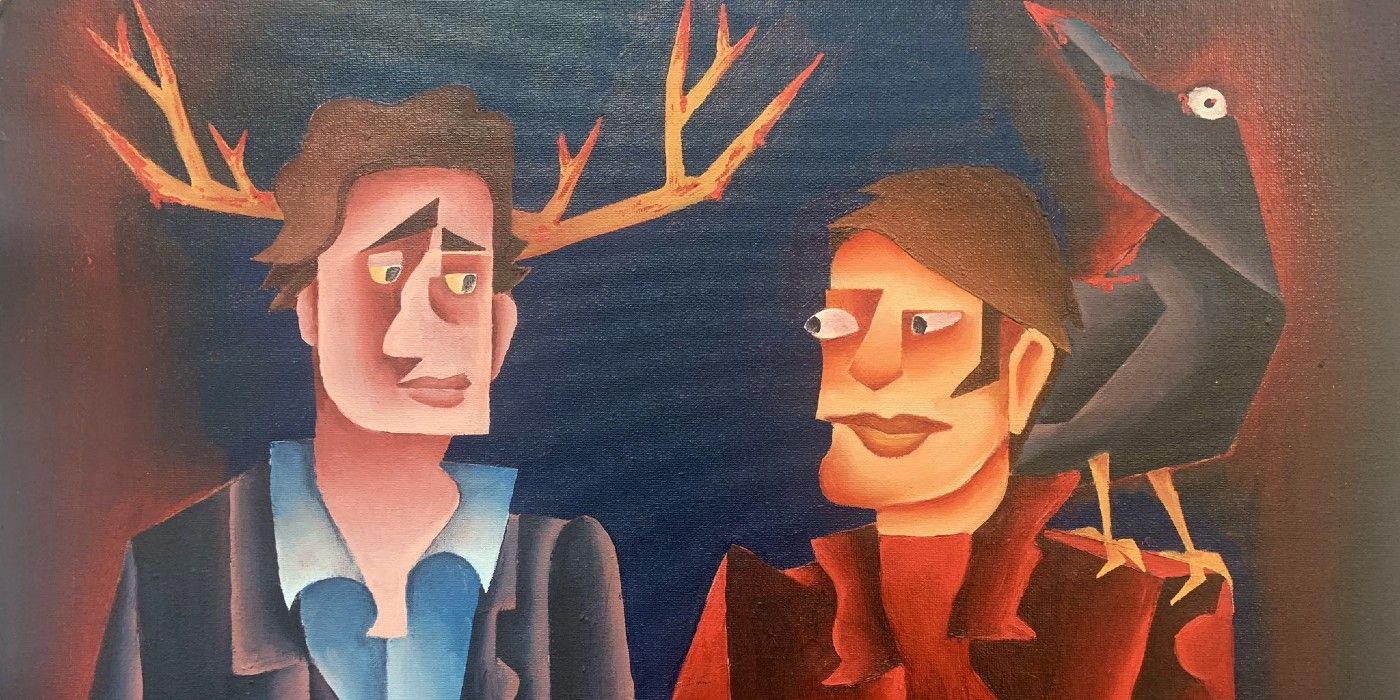 A Cubism-inspired piece of Hannibal fan art will be on display at the U.S. Capitol in Washington D.C. Bryan Fuller’s NBC show has been off the air since 2015, but Hannibal has inspired legions of fans that are still active to this day. Hannibal followed Hugh Dancy’s Will Graham, a criminal profiler who becomes involved with Mads Mikkelsen’s Hannibal Lecter, a cannibalistic serial killer who loves to play mind games with his victims. Although they spend much of the series at odds with each other, Hannibal and Will have an interesting relationship, one that has led many fans to ship them as a pair.

This shipping almost translated to the series, with Hannibal and Will nearly kissing in the series finale. While Fuller said this would have been too on the nose, this hasn’t stopped fans from imagining what could have been or what could be in a potential fourth season of the series. With many still advocating for Hannibal‘s return, it’s unclear where production companies stand on the series, but Fuller and many members of the cast have made it clear they are game to return.

Now, renewed attention for Hannibal could prompt more conversations about a fourth season once again. Representative Andy Kim shared the news on Twitter that Kathleen Palmer, a senior from Shawnee High School in Medford, won a Congressional Art Competition. The artwork, which features Will and Hannibal painted in the Cubist style, will be displayed in the U.S. Capitol. Fuller retweeted Shawnee High School’s post about Palmer, celebrating the news before teasing Kim about a fourth season of Hannibal.

Palmer’s artwork is perfect for the show it is based on. Hannibal is known for its borderline avant-garde approach to its visual style, often being praised as one of the most beautiful shows on television. Coupled with the absolute horrors on display, Hannibal was one of the unique network series to push the limits of what could be shown on a channel like NBC. Now, fans are hoping Hannibal could get a season 4.

The release of Hannibal on Netflix spurred season 4 discussions, but it’s unclear what the status of those discussions is. It is clear, however, that there is still a rabid fanbase that would devour a fourth season if given the opportunity. For such a short-lived series, Hannibal‘s impact is wide-reaching and it shouldn’t be counted out just yet. With the cast and Fuller all game for a return one day, the right opportunity just needs to come along for all of the pieces to fall into place.