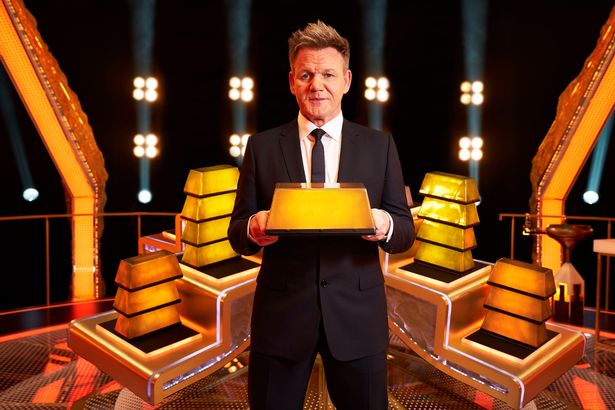 Gordon Ramsay’s Bank Balance began on BBC two weeks ago as the TV chef hosted a brand new game show where contestants must answer quiz questions and balance blocks on a floating podium.

There is a whopping top cash prize of £100,000 in the show, which drew comparisons to Channel 4’s Million Pound Drop.

But the programme’s future is left uncertain as the BBC are considering canning it after just one series, according to the Daily Star.

Despite its prime slot of 9pm on Wednesdays, Thursdays and Fridays, ratings for the show have been declining since it’s first episode.

More than 2.9million tuned in to watch the first episode on 24th February, but that dropped to 1.5million after two days.

They put forward India as their first answer, but kept coming back to Africa – forcing Gordon, 54, to step in and explain to them that Africa is a continent not a country.

The presenter told them: “Africa is not a country, it is a continent and they don’t have tigers there.”

Viewers couldn’t believe it, and took to Twitter to express their thoughts, with one joking: “Africa a country what a Wally eh Gordon.”

Another wrote: “Africa is a COUNTRY! Fun fact, #Lions#Tigers & #Bears are all on different continents! #bankbalance.”