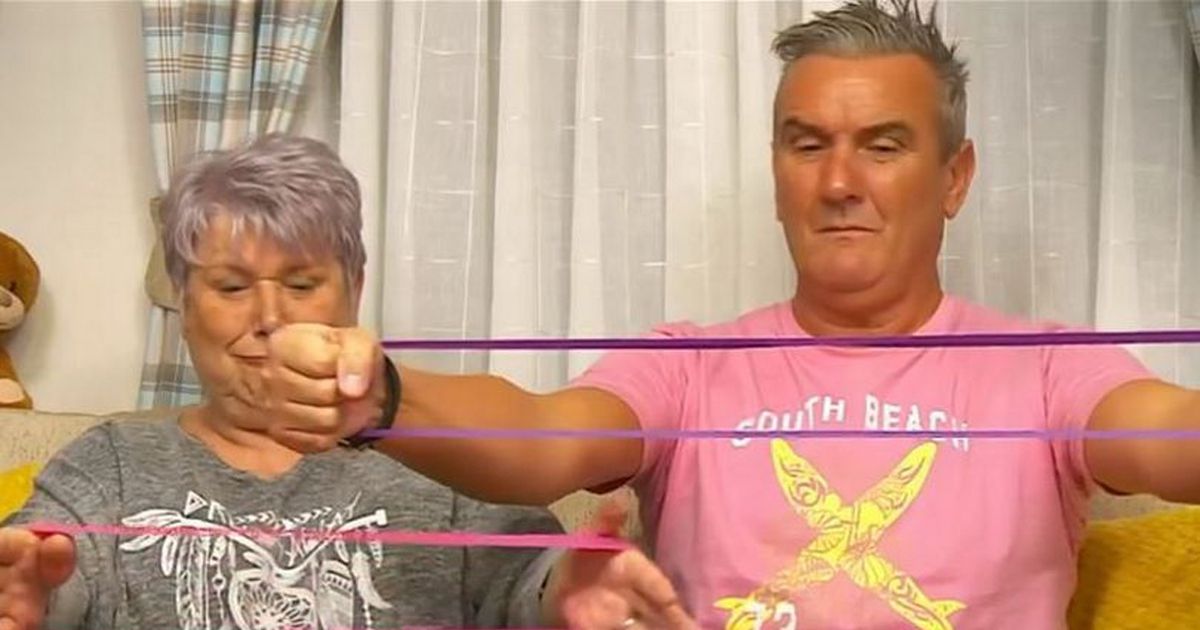 Gogglebox fans were thrilled to see Lee Riley and Jenny Newby back on the sofa on Friday night after they missed last week’s show, but viewers were most distracted by Lee’s new look

Gogglebox ‘s Lee and Jenny made a triumphant return to the show on Friday night – but fans were more distracted by his new look.

Viewers were left confused last week when Lee Riley and Jenny Newby were ‘missing’ from the Channel 4 show, with fans worried they had been axed as new cast members Simon and Jane joined.

Lee and Jenny have been fan favourites since they joined the cast back on season four in 2014.

So viewers were thrilled when they returned on Friday night’s show, but fans were left confused by Lee’s tan as he and Jenny returned to their infamous sofa.

“Lee must have had a nice holiday in the sun #Gogglebox,” one shared on Twitter.

Another added: “Lee’s so tanned from his holiday with Jenny that he looks darker than me! #Gogglebox.”

“Lee’s got a lovely colour on him and he’s going to wear shorts for weeks, love him! #Gogglebox,” a third wrote.

Others were just pleased to see Jenny and Lee back on their screens, with one writing: “jenny and lee glad to see you back.”

Another penned: “Jenny and Lee are bacccccccck. #Gogglebox ”

“Oh how i have missed Jenny and Lee #Gogglebox,” a third wrote.

Jenny and Lee are fan favourites on Gogglebox
(

” #Gogglebox Jenny and Lee are back thank God,” a fourth penned on the site.

After news broke of them ‘missing’ from the show, the duo took to social media to confirm they’d be returning this week.

They shared: “SORRY FOLKS WE’RE COMING BACK SEE YOU ALL ON FRIDAY #gogglebox.”

And earlier on Friday, they shared their excitement for being back on the sofa.

“Enjoy the show this evening goggleboxers #Gogglebox..what is she doing well it won’t be exercise,” they wrote online.

Lee had been away in Cyprus, celebrating his boyfriend Steve’s birthday.

“A big happy birthday Steve, now lets celebrate – the Cyprus way,” he wrote in tribute to his other half.

Back in May, fans were convinced Lee and Jenny were leaving the show after they referenced one episode being Jenny’s “D-day”.

The Hull pair tweeted: “It’s Friday it’s Gogglebox D Day for Jenny. Did Jenny get it right see ya at 9 to find out xx #Gogglebox.”

When fans erupted in panic, thinking they were leaving, they quickly posted another message: “Just saying goodbye to series 17 back in September sorry.”